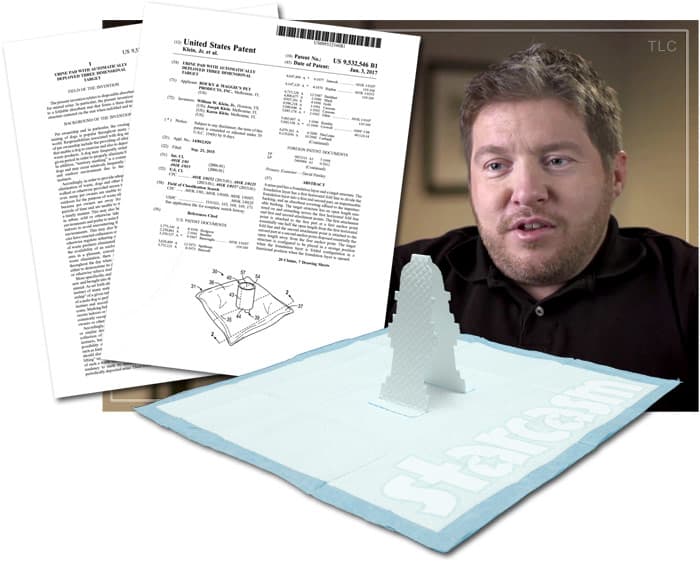 Being a celebrity blog means that we’ve done our fair share of reality star products posts, but it’s rare that one of them involves an actual patent — and even more rare that the product involves urination. (Although rare, this isn’t our first time with either. See: Example A and Example B) The Little Couple star, and owner of Rocky & Maggie’s Pet Boutique & Salon, Bill Klein managed to do both with his latest invention for male dogs: the Pop-Up Pee Pad.

“I came up with an idea a real long time ago, and shared it with [my brother] Joe a couple of months ago,” Bill reveals in the clip below. “About seven years ago we moved to Texas, and we didn’t have any place to walk our dog Rocky,” Bill continues. “Rocky lifts his leg everywhere, and he was lifting it all over our house. So, I had to come up with a target.”

Thus was born the idea for the Pop-Up Pee Pad! Here’s the clip with Bill the Kleintrepreneur and his brother unveiling the first prototype for the patent application process:

“Do you think the dog will recognize that it’s a fire hydrant?” Bill asks Joe. “I don’t think the dog cares so much as the novelty for the human — the owner,” Joe admits.

So did it work with Rocky? I’ll just use photos from another TLC clip for that reveal, courtesy of a VERY excited Will and a security cammed up Rocky: 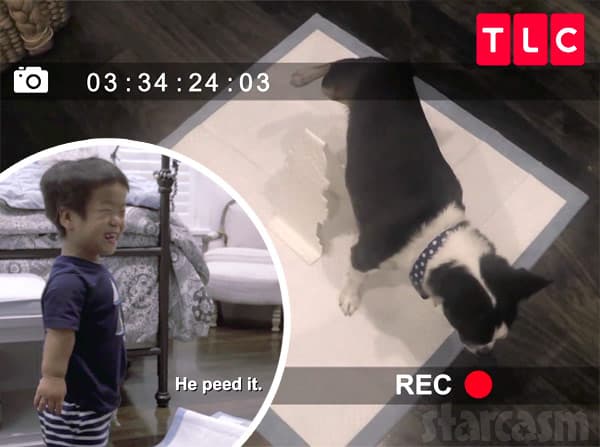 If you’re curious just how much the patented puppy Pop-Up Pee Pads will cost, the prices on the site range from $10 for a 10-pack to $30 for a 50-pack. (That doesn’t includes shipping or tax.)

From the item description:

Rocky & Maggie’s is pleased to introduce the first and only pee pad made exclusively for male dogs.

• Three dimensional target is pre-attached, automatically deploys and folds, making the pad simple to setup and dispose of.

• Tested and proven to work.

• Multiple layer absorbent target and base.

Congratulations to Bill on getting the patent, and we certainly wish him luck! I have to confess that I am disappointed he didn’t appear on Shark Tank with the idea — you just know the sharks would have LOVED that pitch!

Speaking of pitches, I’d like to offer my own to Bill: customizable novelty inserts instead of the fire hydrant. Can you imagine how many people would buy these if they had NFL logos?! 😉 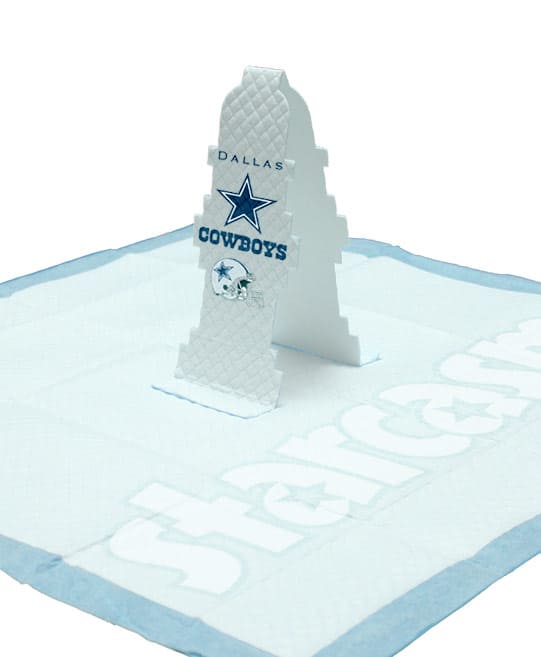 Seriously, that’s a BILLION dollar idea! (I want to buy a pack and I don’t even have a male dog!) I’m guessing a football helmet or player silhouette would be better than a fire hydrant, but I only have so much time per article that I can spend in Photoshop.