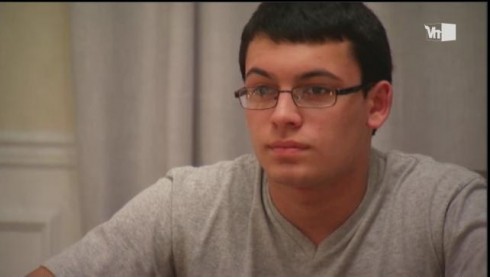 Mob Wives’ Renee Graziano’s son A.J. Pagan was arrested for fighting Wednesday in Staten Island, but according to Radar Online‘s source it wasn’t because he started a fight, he was actually trying to break one up.

An exasperated Renee, who’s still dealing with the fact that her life-long love Jr. Pagan (A.J.’s dad) wore a wire to get incriminating info on her father, tweeted “Just whn u think the sun is gonna shine it pours!!!! #God Give Me A Break lol.”

“AJ was trying to break up a fight and got caught up in it. The next thing you know, the cops arrive and haul him off. It totally wasn’t his fault though, he was actually trying to do a good deed.”

She also tweeted about the situation: “He was only trying 2 defend a girl… I’m not worried he did wht a good man wld.”

We’re not sure exactly what went down, but it sure sounds like A.J. wasn’t the one causing trouble in this situation.