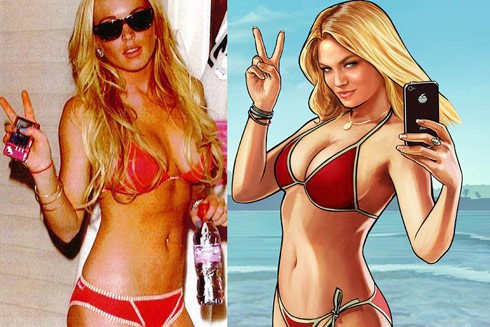 Mob Wives star Karen Gravano and actress Lindsay Lohan both lost out Thursday on their cases against the producers of the wildly popular video game Grand Theft Auto.

Lindsay and Karen both were arguing that the game’s creators, Take-Two Interactive Software, misappropriated their likenesses for the purpose of promoting and selling more copies of the game. Each also argued that Take-Two did this without their permission or without proper compensation.

Lower courts previously refused to dismiss Lohan’s case, allowing for the Mean Girls actress to be in line for a possibly huge payday. Lindsay felt that Grand Theft Auto V’s character Lacey Jonas, who flees from paparazzi in the game and wears a bikini strikingly similar to one Lindsay was photographed in, was an obvious rip off of her persona.

Gravano followed suit by filing her own similar claim. Karen’s beef was with the character Andrea Bottino, whom she felt looked similar to her and had the same voicing and mannerisms.

An appellate panel of five judges in Manhattan ruled that:

“This video game’s unique story, characters, dialogue and environment, combined with the player’s ability to choose how to proceed in the game, render it a work of fiction and satire.”