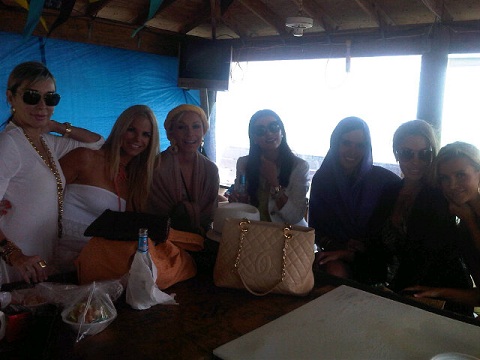 It was announced in February that Real Housewives of Miami would be back for a second season. After a so-so first season, Bravo has made some big changes including giving two Housewives the boot and adding four more! The show will also have some new guidance — the producers behind Bethenny Frankel’s spin-off are taking the reigns.

Returning for their second season as Housewives are Lea Black, Marysol Patton, Adriana de Moura, and Alexia Echevarria. Just months before filming on season 2 began, Alexia’s son was involved in a serious car accident. Because of her need to be with him, her role on the show was reduced. Cristy Rice and Larsa Pippen were the axed Housewives. Also returning is Marysol’s mother aka Mama Elsa, who quickly became a fan favorite during the first season. Andy Cohen even hired a car to drive Mama Elsa, who has a fear of flying, from Miami to New York so that they she could appear on Watch What Happens Live.

Lisa Hochstein, Joanna Krupa, Karent Sierra, and Ana Quincoces are the four new housewives. While Lisa, Joanna, and Karent are often seen filming together, Ana has rarely been seen — but we have a good guess as to why. Judging by her Twitter account, she spends a lot of time with the originals — especially Marysol and Alexia. It’s looking like alliances have already formed. Ana and Marysol were even spotted shopping together in Beverly Hills over the weekend (see below), and then attended fellow Bravolebrity Patti Stanger’s birthday party.

Lisa Hochstein is a former Playboy model and is married to plastic surgeon Dr. Lenny Hochstein. Joanna Krupa has also been in Playboy and you may also remember her from Dancing With The Stars season 9. Krupa may look innocent, but this Housewife has a wild side. Her most recent headline? Causing a scene at her fiance’s nightclub, Mynt. Reports claimed that after a few drinks, Joanna “stood in front of the DJ’s booth, flipping him birds and cursing him out.” Apparently the DJ was an ex-boyfriend of Joanna’s sister Marta. Joanna’s fiance didn’t seem impressed. He ripped off his mic pack and stormed off which means they were filming at the time! Sneak peek alert!

Dr. Karent Sierra revealed to the Miami Herald that she would be featured on the show and aims to “prove to viewers that not all the women on these shows are classless fame addicts with low IQs and Botox for brains.” Ouch. When asked how she’s approaching being a housewife, she said, “I’ll just kill ’em with kindness.” She may want to start by retracting her ‘low IQ’ statement.

There is still no word on when Real Housewives of Miami will be back on Bravo, but since they began filming back in February, we’d have to think we will get an announcement very soon! Stay tuned!

Here are Karent, Joanna, and Lisa looking’ gorgeous at the 2012 Model Beach Volleyball Tournament in Miami: 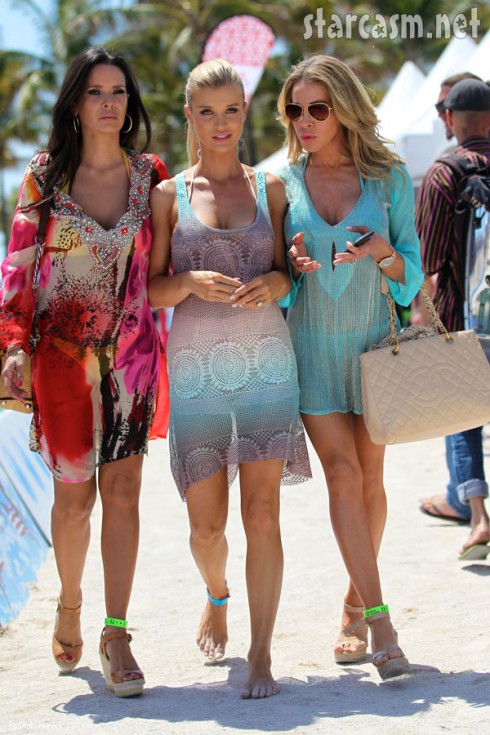 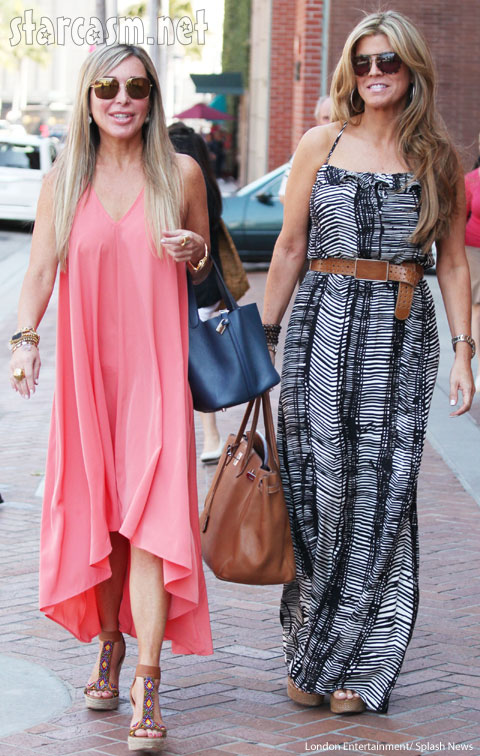 Is tonight the end of The Real Housewives of Miami?