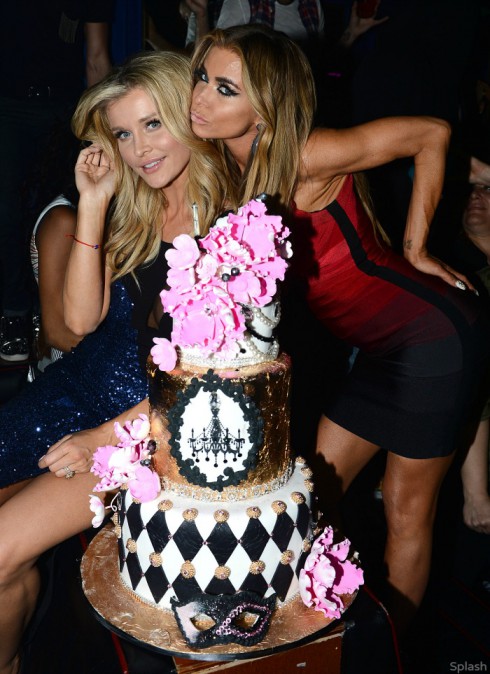 In “who knew they were friends?!” news of the day, Real Housewives of Miami‘s Joanna Krupa and Carmen Electra celebrated their birthdays with a shared party at Hooray Henry’s Nightclub in West Hollywood last evening.

The guest list for the lavish party included Amber Rose and some of Joanna’s fellow Bravolebrities, Lilly Ghalichi and GG Gharachedaghi. (Now let’s take a second to appreciate how well Amber’s dress showed off her ample assets. I bet the person who came up with optical illusions would be proud.) 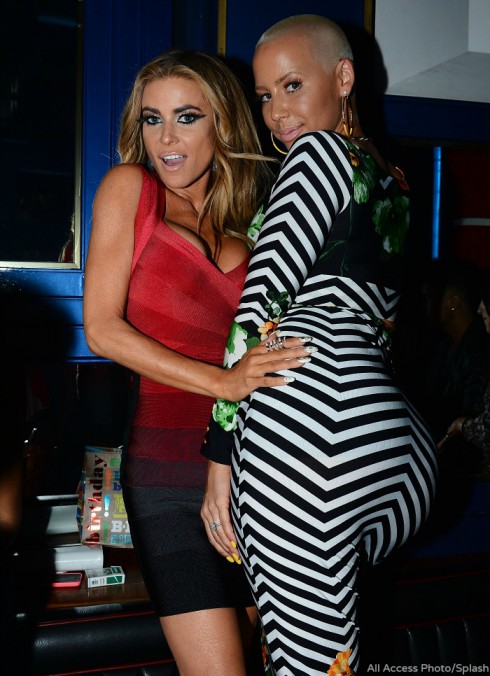 Joanna, now 35, and Carmen, now 42, treated their guests to a huge three-tiered cake before dancing late into the night.

Earlier in the evening, Joanna had a separate birthday dinner at KOI.

The big bash comes a few weeks after the informal confirmation that Real Housewives of Miami won’t return for another season. According to some sources, Joanna’s lobbying for a spot on Real Housewives of Beverly Hills — and hobnobbing with celebrities is an undeniably good way to improve her chances.

PHOTOS Meet Lea Black of The Real Housewives of Miami

Alexia Echevarria on her son’s hobo punching video, plus update on Frankie’s recovery

PHOTOS Meet Cristy Rice of The Real Housewives of Miami