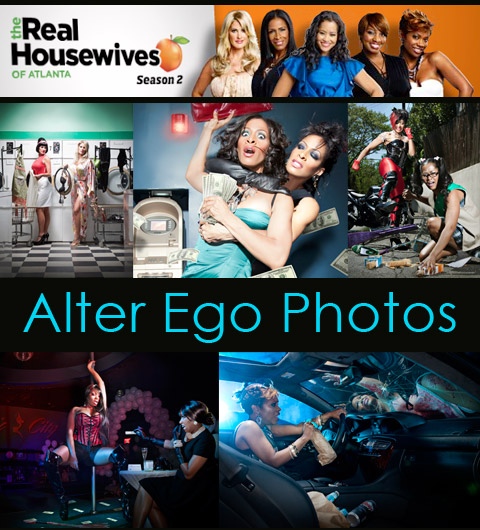 Last night the Real Housewives of Atlanta aired a reveal party for the ladies’ alter ego photographs by Derek Blanks. Mr. Blanks rented a swank house for the affair, but they had to uncover the photos outside because Kim was in an SUV swooning from a twisted ankle and scraped shin. “Tardy 4 the Party” was blasting, and the girls weren’t in each others faces all night, so it was a night of peace, love and understanding all around.

Nene drew on her stripper past for her alter-ego photo. Her proper-lady ego needs some work though, the pearls and black leather gloves were too much. It would have been more compelling if she dressed up like a male regular stuffing dollars in those black boots. Still, one of my favorites from the shoot.

An army of men carried Kim to look see her photo at the unveiling, which was kind of ruined by her dead eyes. She’s supposed to be a Stepford wife and a mistress, but she mostly just looked like she was in a coma. Girl should have seduced the camera like it was Big Poppa, or an ATM machine! Speaking of ATMs, Sheree was depicted as a robber mugging a rich lady at a cash machine, looking like a pop rockin’ diva from the 1980s in the process. Kandi honored a family member recently killed by a drunk driver with her somber image and Lisa unleashed the little devil inside her on the little angel inside her by pushing the pig-tailed girl scout Lisa down and taking her cookies! Fun stuff! 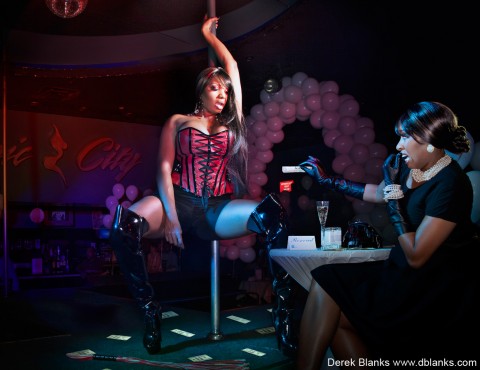 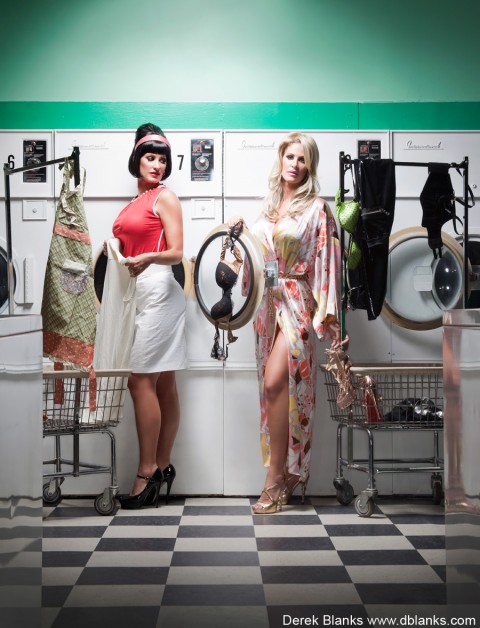 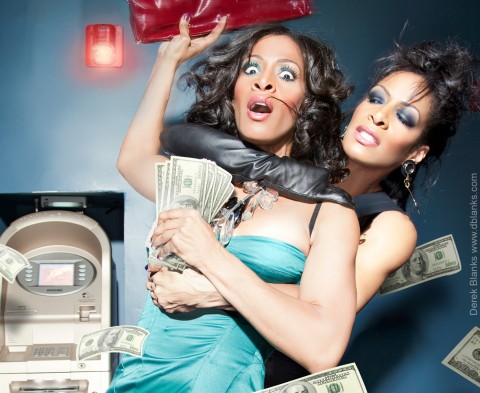 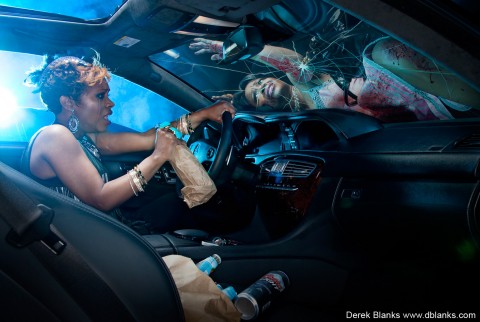 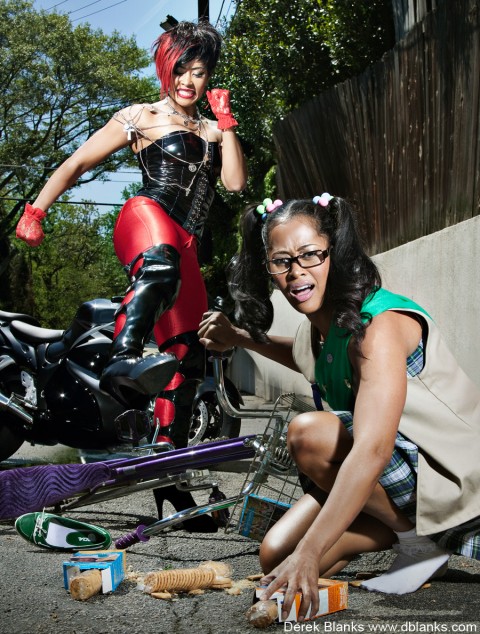