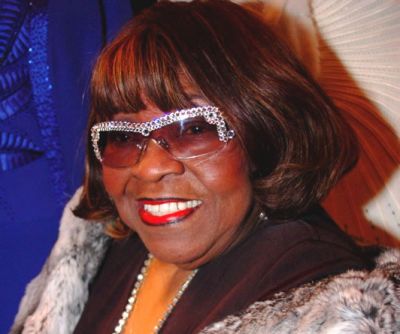 The “Queen of Gospel,” Albertina Walker, has passed away today at the age of 81.

Walker casts a tremendous shadow over the genre of gospel music.  She was given the moniker “Queen of Gospel” by such notables as Rev. Jesse L. Jackson Sr. and Rev. James Cleveland.  She is a Grammy winner, multiple Dove award winner and was honored by President George W. Bush in 2002.

Walker followed in the footsteps of legendary singer, friend, and teacher Mahalia Jackson.  Jackson took Walker on the road when she was just a teenager and in an interview with the Washington Post Walker recalled Jackson telling her:

In the 50’s Walker started the group The Caravans that included renowned singers such as James Cleveland, Bessie Griffin, Shirley Caesar, Dorothy Norwood, Inez Andrews, Loleatta Holloway, Cassietta George, and Delores Washington.  She had such a knack for discovering and developing talent that she was also given the nickname “Star Maker.”

Here is a clip of legendary Albertina Walker singing the song “Lord Remember Me.”   Don’t worry on this sad day because The Lord and all of us will remember “The Queen!”

And here is one more of my personal favorites from her reunion album Paved the Way with The Caravans from 2006. The song is “Mary Don’t You Weep” and if this doesn’t get your soul moving I’m afraid your soul may already be lost:

Walker hailed from Chicago and the city has shown her due respect in many different ways and on many separate occasions.  She was bestowed an honorary Doctor of Letters Degree by the Chicago Theological Seminary.  In addition, 35th and Cottage Drive was officially renamed Albertina Walker and the Caravans Drive.  A bench bearing her name resides in Chicago’s Grant Park where President Barack Obama made his historical Presidential acceptance speech.

Jennifer Lawrence has a Top 40 song in the U.K. — listen to The Hanging Tree