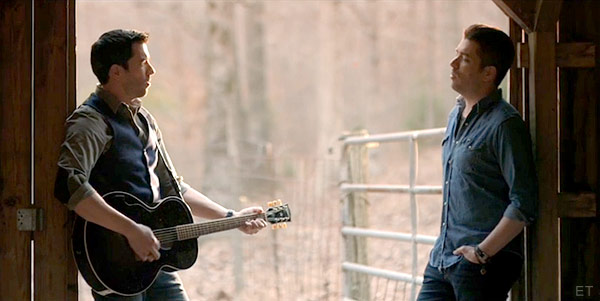 Country music has a rich history of brother duos with Hall of Fame siblings pairs that include the likes of Charlie and Ira Louvin, Don and Phil Everly, and Jim and Jesse McReynolds. Now Nashville can add another entry to the brother duo canon: The Property Brothers!

The identical twins Jonathan and Drew Scott are adding “musicians” to their impressive resumes, which already includes being the crown princes of renovation nation as the hosts of one of cable television’s most popular reality shows, launching a furniture line, and writing a book (Dream Home: The Property Brothers’ Ultimate Guide to Finding and Fixing Your Perfect House).

Performing as The Scott Brothers, Jonathan and Drew dropped their first music video earlier today for the song “Hold On.” Check it out:

The video was released by ET who spoke with Jonathan and Drew about the song and the video. “We grew up on a ranch, spending almost every other day sitting around a camp fire, strumming songs on the guitar, singing songs with our parents,” Drew says of his and Jonathan’s childhood in Maple Ridge, Canada. “This past year, we were shooting Property Brothers: At Home on The Ranch, where we went back to our roots to renovate a friend’s property in the Rockies. While we were doing this, we were talking with a producer and singer-songwriter from Nashville, and we said, ‘You know, while we’re doing this show, we should write a song and pay tribute to how we grew up.'”

Victoria Shaw was the singer-songwriter Drew was referring to, and she teamed up with fellow songwriter Chad Carlson and the Scott brothers to craft the video and song, which is all about coming home to family. “When you get to spend that time with family, it means so much more,” Drew and Jonathan reveal. “So that’s what we wanted the song to be about.” 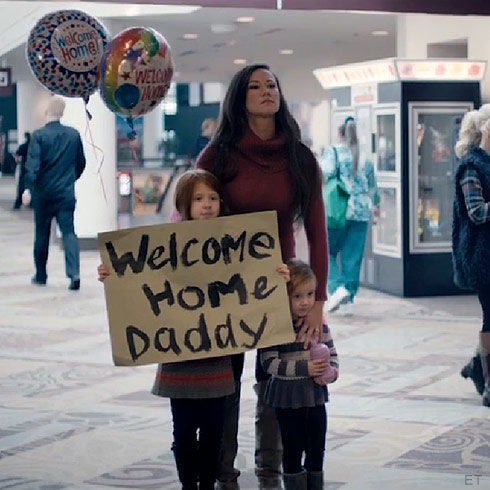 In addition to “Hold On,” the Scott brothers say they already have another song and music video in the can! The second track is titled “Let the Night Shine In,” and it sounds as though fans won’t have to wait long to see the video for it. “That one we’ll be releasing very soon, in about a month,” the brothers said. “We’re efficiency experts!”

So will there be a full Scott Brothers album soon? Or maybe even a tour? It’s a real possibility! “I think we’ve decided we’re going to see how our fans like our music — it seems like they’re loving it so far — and if they continue to like it, we’ll do more songs and when we get a little more time in our schedule, maybe we’ll look at touring,” Drew says.

With their skill set, The Scott Brothers could completely redefine the concept of a “house concert!” They would renovate your home, then put on a show there, with proceeds going towards the cost of the renovation. Brilliant, right?