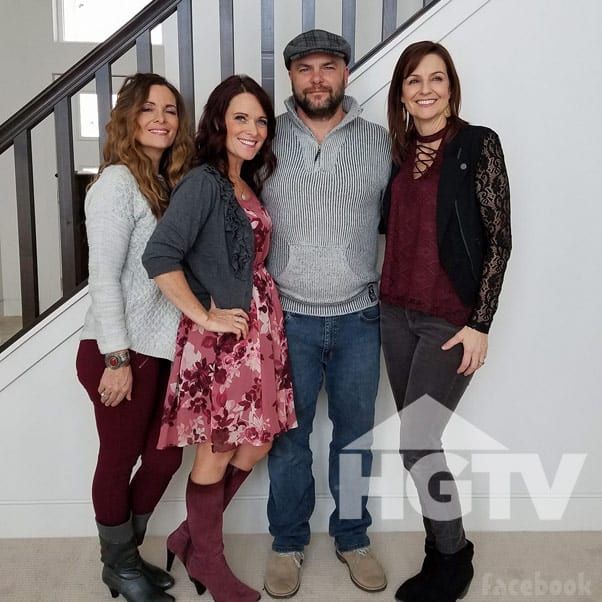 The polygamist Darger family, who have appeared alongside the Browns on TLC’s Sister Wives and are believed to have inspired numerous story lines on HBO’s Big Love, are returning to reality television! Joe Darger joins his identical twin sister wives Vicki and Valerie, and his other wife, Vicki and Valerie’s cousin Alina, for House Full of Spouses.

The new show, which looks to be a single episode pilot, has a surprising home as it will premiere on HGTV this Thursday at 2PM EST. The Darger family made the reveal on Facebook last week with a tease about doing a new reality show “on a network not known for this genre.” They followed that up earlier today with more details about the show:

So what we know is that on Thursday afternoon, (on HGTV) will be a new show featuring us doing a major construction project for our family. Check local listings.

As we understand it is a pilot dedicated to remodel projects for alternative families.

We had fun doing it. We did not take it too seriously. Our interest in doing the project is to continue to show that families like ours exist with real challenges and real love not unlike traditional families. One of those challenges is housing and shaping an environment that fits our needs. We have not seen the finished product and the day it airs is the day that one more of our kids are getting married. So let us know how it plays? We filmed it last fall. With over half of our kids moved out now and our 14th grandchild due next month our needs have evolved as a family. We appreciate all the love and support we have had the last 9 years. Your love has out played the haters. As our children have gotten older we have made an effort to protect their privacy and so we have limited some of our family exposure. This project seemed right for us. We hope it is successful and for now do not anticipate doing anything more for awhile publicly. Instead we are focusing on political efforts to decriminalize polygamy and open up closed communities to empower and support people freely. Also we are involved in charitable efforts to support those who are victims of abuse, who need support and love to create a future free from judgement of their culture, their family or their past. In that endeavor we ask you to support the charity.

Here is the description of the episode from HGTV:

Husband-and-wife home renovation team Rachel and Greg Hansen help a polygamist family with one dad, three moms and dozens of kids decide between buying a new home or renovating their current one, taking into account all the unique requirements of their unusual family.

THE DARGER FAMILY ON SISTER WIVES

As mentioned above, the Darger family previously appeared on Sister Wives way back in 2012. The Dargers joined the Browns on a beach vacation, and the contrasts between the families were immediately apparent. One central difference that became a topic of discussion in the episode is that the Darger wives all share one kitchen — an inconceivable concept for the Browns.

“I have two wives who think sharing a kitchen is abusive,” Kody revealed.

Kody’s statement got Meri emotional, and she began to cry. “When Kody says that, I take it personal because I know Janelle thinks I abused her in the beginning and that was never my intention,” Meri said.

Kody continued: “They would sacrifice their identity if they shared a kitchen. Their kitchen needs to be their domain. They need to express their own personalities.” 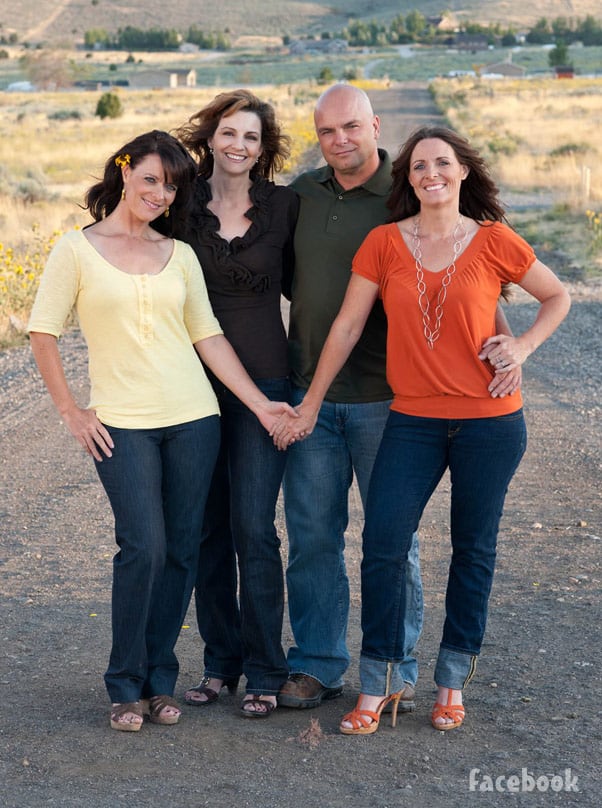 Bonnie Fuller of HollywoodLife.com did a wonderfully entertaining recap of the episode, and here are some excerpts on her take on the different approaches to plural marriage taken by the Browns and the Dargers:

All three wives and the 23 kids live in one very unassuming from the outside house, in Utah, and travel in two large white vans, which Joe organizes like an army general. Not only that – he’s put together a “mission statement” for his family!

Meanwhile, the three wives are all dolled up at all times in pretty makeup, with highlighted hair, jewelly and trendy outfits. They all look like ex-cheerleaders, or what the Real Housewives of Salt Lake City might, minus plastic surgery.

Joe Darger is “allowed” to be publicly affectionate with each of his three wives in front of the others. Kody is not.

“I’d like to be affectionate with all four wives (publicly),” Kody claimed. But Meri immediately put the kibosh on that!

“We have so many other things we have jealously over, why add one more thing,” she insisted. “We can have our affectionate relationship in private.”

Here are a couple of videos featuring the Darger Family, including an excerpt from their TLC special, My Three Wives:

Who are the Dargers? Polygamist Joe Darger married to twin sisters