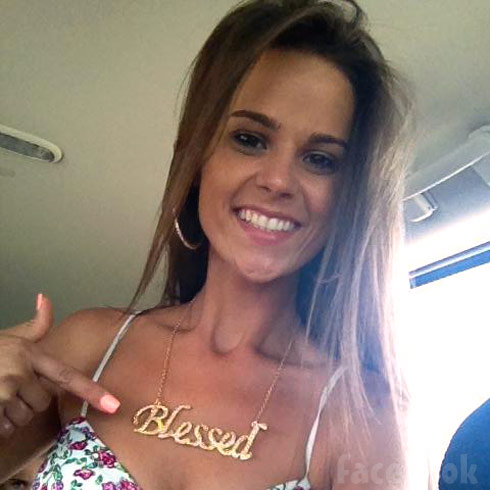 America’s favorite rabble-rousing Romanichals are back as Gypsy Sisters Season 2 premieres tonight at 9/8c on TLC. As we first reported back in February and confirmed in October, Laura Johnston will not be returning. But no need to fear, whenever one Gypsy Sister falls there are three more there to replace her — which in this case means Kayla’s sister Annie Williams, Kayla’s cousin Sheena and Mellie and Nettie’s sister Joann Wells. (You can see photos of the full Season 2 cast here.)

Although Laura is technically being replaced by three new ladies, it’s Stanley sister Joann Wells that is clearly Laura’s doppelgänger! Just like Laura, Joann is thin, tan, brunette and gorgeous with an uncanny ability to work some serious magic with a pair of Daisy Dukes:

29-year-old Joann is the mother of a young son and daughter and has been married to Belcher Wells since July 22, 2007. Here is a wedding photo of Joann and Belcher taken in Cocoa Beach, Florida: 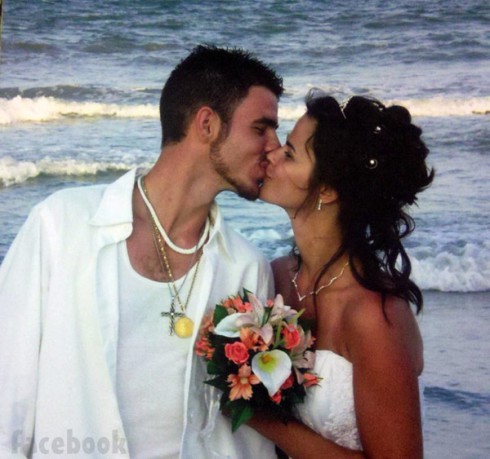 Apparently Joann and Belcher hit a bit of a rough patch in their relationship about the time Gypsy Sisters Season 2 was filming, because in the TLC press release announcing the return of the show it states that Joann “hopes to bring the family back together, but when her new boyfriend decides to run from the law, JoAnn is caught between her gypsy family and her summer fling.”

But ***SPOILER ALERT*** it appears as though Joann and Belcher have reconciled. After posting photos of herself and Belcher together on Facebook back in October, Joann was asked if the two were back together and she responded by writing, “yes we r.”

Here is a great photo of Joann Wells and her children: 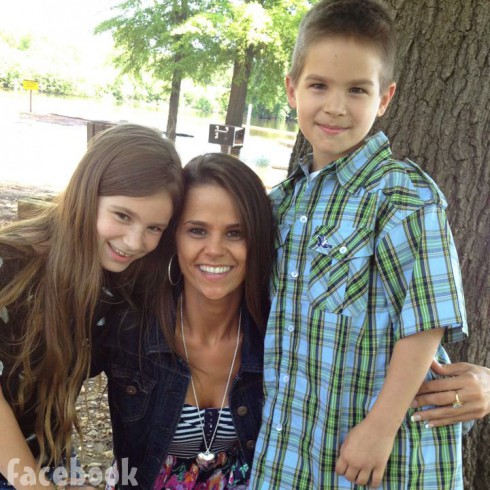 As far as Joann’s storyline on the show, she is rejoining the family in hopes of making peace — which is quite the formidable task given the history there! (I’m not sure if her attempts came before or after the already-infamous brawl.) Here’s Joann’s official bio from TLC along with an intro video:

JoAnn is the 29-year-old middle sister of Nettie and Mellie. She has two kids and has recently separated from her husband of 13 years. After hearing of the fight between Kayla and Nettie, JoAnn decides to travel to Martinsburg to stay with Nettie. JoAnn’s goal is to put their divided family back together. JoAnn is studying to be a nurse, and she’s the good-natured one of the bunch. However, don’t let her quiet, gentle side fool you — she loves bad boys and always finds herself in the middle of the drama among her sisters and her cousins, Kayla, Annie and Sheena.

(I’m not sure why there is a discrepancy on the length of marriage. It states multiple times on her Facebook page that she and Belcher married in 2007. Also, Joann doesn’t capitalize the “a” in her name so I chose to do the same.)

What’s that? You wanted a video of Joann with less talk and drama and more gyrating and short shorts? No problemo! Here’s a video Joann shared on Facebook of herself dancing the W0P:

And to wrap things up, how about a nice bikini top and short shorts shot of Joann on the beach in Atlantic City? 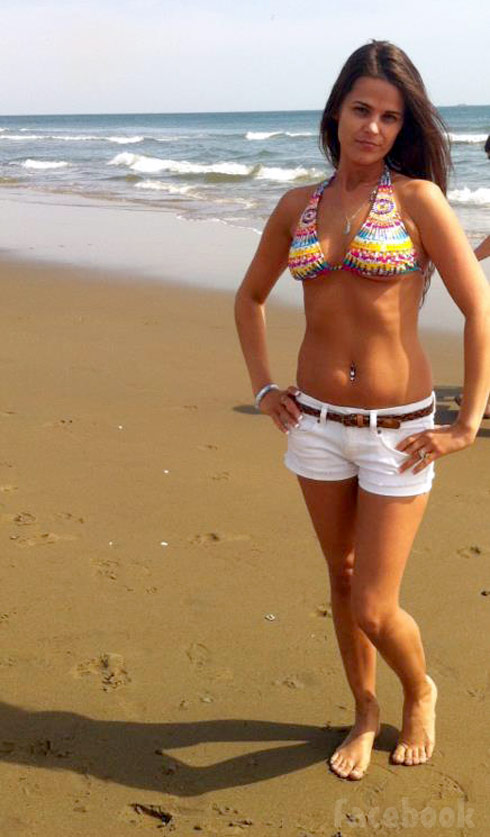 Gypsy Sisters Season 2 premieres tonight at 9/8c on TLC, and after that will air every Thursday night at the same time!