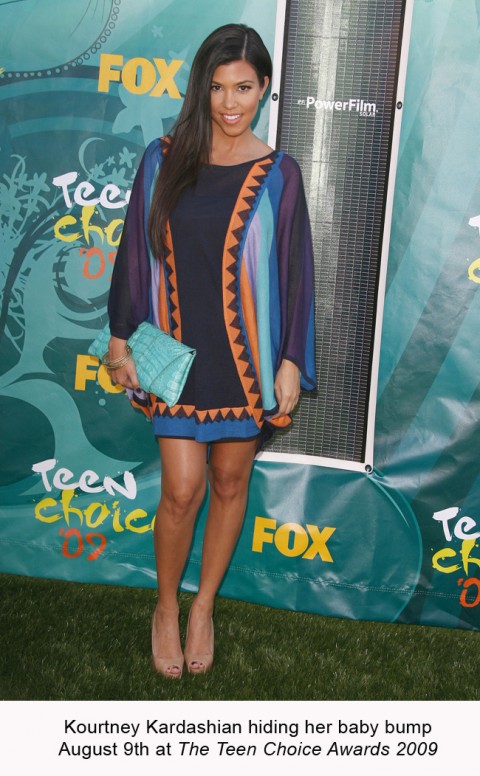 Kourtney Kardashian, Kim’s lesser known sister, stepped into the spotlight to shock the world with her surprise pregnancy.

This pregnancy hype is  well orchestrated because her new show with sister Khloe, Kourtney and Khloe take Miami premiers this Sunday. When speaking about her pregnancy with E! she refused to reveal the identity of the baby’s daddy or if she’d gotten back with her boyfriend Scott Disick, asking viewers to watch the show to find out. Sounds like Kourtney has learned the magical art of taking a fetus and turning into a paycheck. Update! Kourtney spilled on the Today Show that Scott Disick is the father of her baby, undoing her own clever PR move. Kourtney needs to study up before her next PR stunt.

In an interview with Ryan Seacret Kourtney talks about when she found out:

“We were in the Everglades and I kept feeling nauseous and sick. I just kept thinking something wasn’t right. I went to the doctor and he confirmed the news. I was just so shocked.”

UPDATE: Kourtney and Scott’s first child Mason was born December 15, 2009, and as of December 2011 Kourtney is expecting her second baby with parnter Scott Disick.