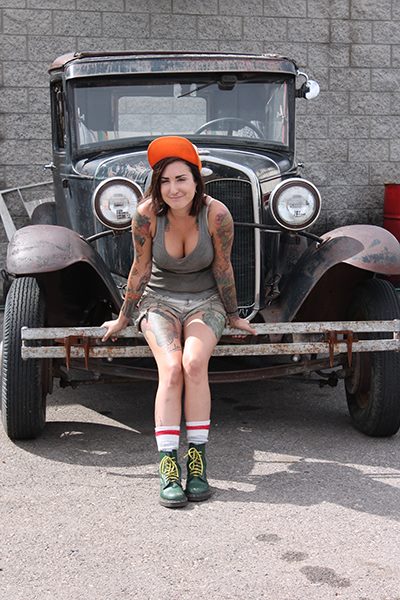 Vegas Rat Rods‘ Twiggy Tallant is the one female among men at Welder Up’s automotive shop in Las Vegas, but that isn’t the only reason this tattooed vixen stands out… Twiggy is better known in many circles as the “Nerdy Stripper.” 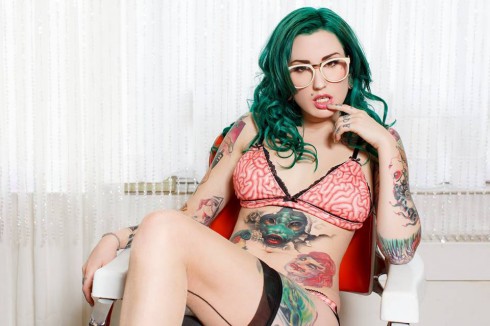 The path that led Twiggy from stripping to another kind of body work was, as you’d expect, a bit unusual: She was working full-time at shows and conventions in her native Canada when she encountered her first “rat rod.” 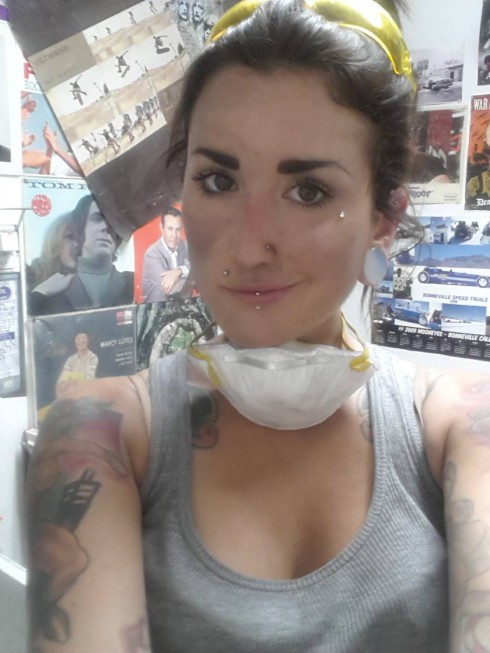 Eager to learn while still making some money, Twiggy first dipped her toes in the water by taking an automotive technology class. Then she met Welder Up’s Steve Darnell and scored a spot as an apprentice in Las Vegas his shop — with all male coworkers.

“Most strippers have pretty tough skin, and you also need a tough skin to be a woman in this industry,” Twiggy said of building rat rods. “I’m definitely not ashamed of (stripping), and they were pretty understanding about the whole thing. I mean, some of them are Vegas locals, so they’re pretty used to people making money on their looks. That’s a big part of Vegas.” 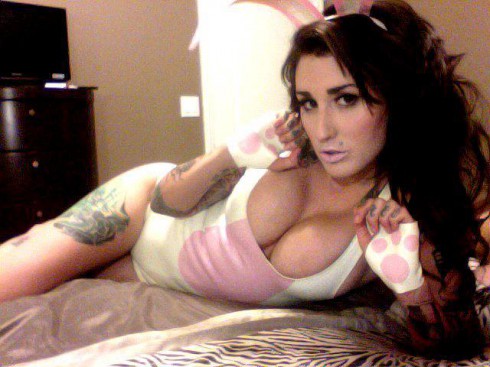 Twiggy recently wrapped up her training with the Vegas shop and headed back to Canada… Although it’s apparent her heart belongs to rat rods.

“Thank you so much to Welder Up for having me for the last month while I completed hours for school,” she said on Friday. “Had a serious blast, learned tones, and can’t wait to start filming season 2 of Vegas Rat Rods. (Fingers crossed.)”