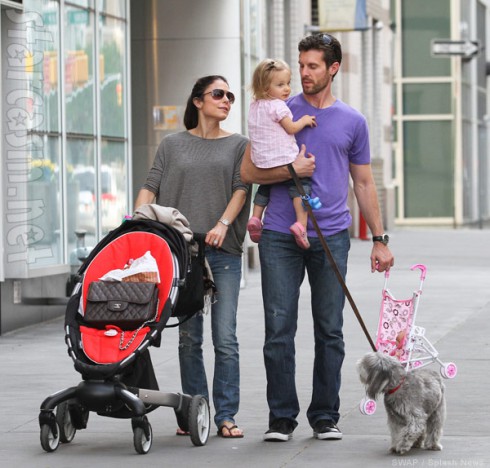 Bethenny Frankel and her husband of two years, Jason Hoppy, separated just days before Christma,s and now Bethenny has made it official by filing for divorce. The former Real Housewives of New York star took the big step towards legally ending the marriage after returning home from spending the holidays with a few friends in Aspen.

According to TMZ, Bethenny filed the papers in New York City earlier this week. She and Jason had reportedly been living together since they separated, but didn’t celebrate the holidays together.

For Christmas, Jason went back to his hometown in Pennsylvania. Some reports claim he took daughter Bryn with him, but others say Bethenny took her to Aspen. (There are even some outlets claiming the two are actually still living together with no plans for either to move out anytime soon.)

What has been planned is the couple’s future visitation with their daughter. Bethenny, who was supposed to be taking off for Los Angeles in the fall to shoot her talk show, has made arrangements to instead film in New York City so that Bryn doesn’t have to be away from her daddy.

At the time of separation, Bethenny announced in a statement, “It brings me great sadness to say that Jason and I are separating. This was an extremely difficult decision that as a woman and a mother, I have to accept as the best choice for our family. We have love and respect for one another and will continue to amicably co-parent our daughter who is and will always remain our first priority. This is an immensely painful and heartbreaking time for us.”

Does Bethenny Frankel have cancer?