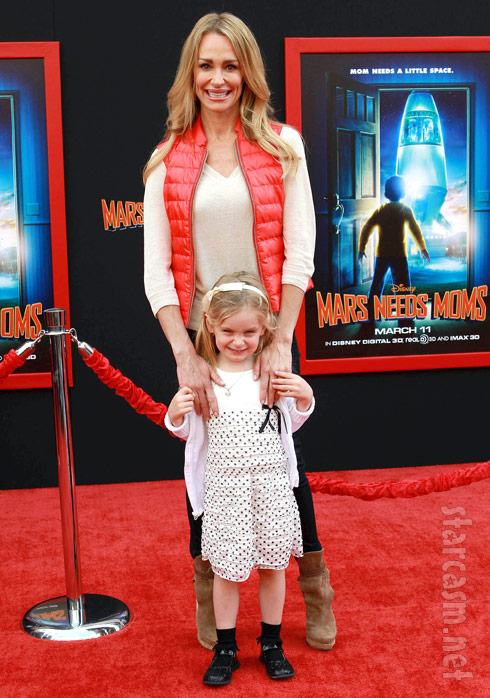 On January 29th Taylor received two extremely disturbing messages from a now deleted account. @Hardboiledpeggs first wrote, “see u on February 7 ill be there with a book and a rope so i can kidnap u.” Armstrong responded by asking this person to never contact her again. The second communication was the most threatening and troubling. It read:

“Turn around bright eyes every now and then, Kennedy’s dead.”

This date of the 7th is important because the reality star is scheduled for a book signing in New Jersey and as you would imagine, security has been heightened in light of these threats.

The FBI did what they do and quickly identified who had sent these horrible messages. It turns out they came from a teenage girl who lives in New Jersey which makes the upcoming appearance that much more intimidating. According to a law enforcement source these tweets were not taken lightly:

“The death threats Taylor and her daughter received are from a teenage girl that lives in New Jersey. The teenager appears to suffer from mental health issues. Taylor is extremely grateful to the FBI for identifying the culprit. It was disturbing for Taylor to find out that the girl lives in New Jersey, because of the specific threat she got in regards to her book signing in the Garden state on February 7.”

I hope this young girl gets the help she needs and this goes to show that whenever someone threatens you like this, even via a social network, it should be taken very seriously.

To find out about Taylor’s book, Hiding from Reality: My Story of Love, Loss, and Finding the Courage Within, head here.