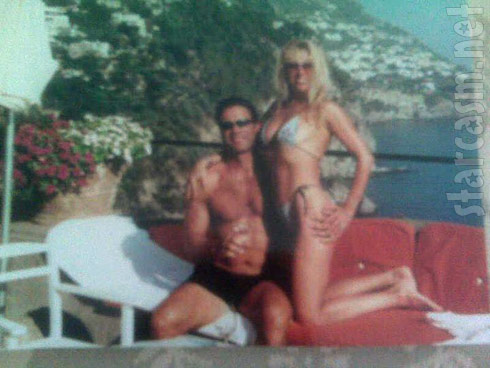 You may have seen the recent television commercial promoting Canon’s “Your Second Shot” campaign in which the camera company recreates special moments lost to bad photography. Well, when you’re a successful jewelry designer, wine broker, and reality star you don’t need a camera company to do that for you – just ask The Real Housewives of New York City‘s Ramona Singer, who re-staged a blurry photo from her and husband Mario’s trip to San Pietro, Italy many, many moons ago.

The photo above is the original picture, which Ramona shared on Facebook with the caption, “Next stop on Ramona and Mario’s getaway is Positano! Here is a photo from some years ago on one of their first trips to the San Pietro!”

Seeing the photo must have inspired Ramona to recreate the moment in the same locale because she later shared this image of her and Mario: 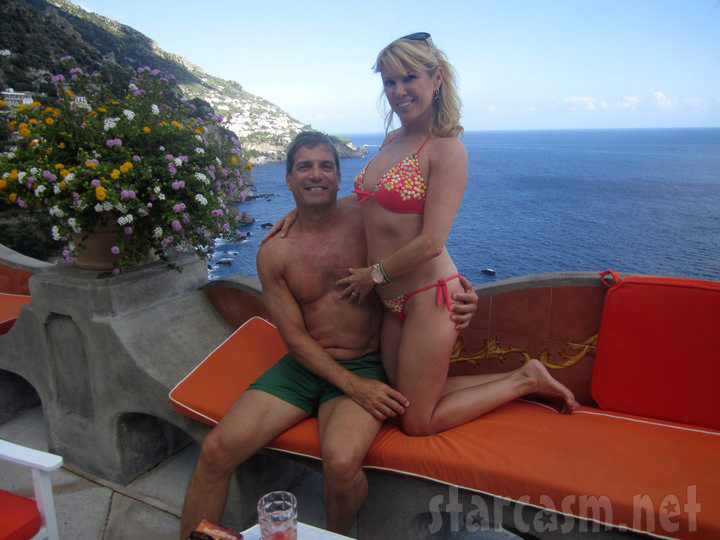 Strangely, she made no reference to the recreation in her caption:

Sorting through my Italy photos (wishing I was back there!!) thought I would share my favorite one. San Pietro in Positano is one of the most romantic places in the world to me and Mario! We fall deeper in love each time we visit. This was our 10th year there!

Hmmmmm… Is anyone else out there becoming very suspicious of the fact that Ramona is 54 years old and hasn’t seemed to age a bit since she was 29?!? Mario either for that matter! OK – I’m just going to say it. Ramona and Mario may be vampires. Don’t believe it? Check out our Top Ten Ramona Singer Bikini Photos post or even our surprising side-by-side comparison of Ramona and Cameron Diaz for further evidence!

There are a couple holes in my theory though. Number one, Ramona does have a reflection in a mirror, as evidenced by numerous make-up and styling scenes from the show. Number two, she obviously has no problem with sunlight as evidenced by her nice tan and numerous daytime bikini outings. Hmmmm…

And speaking of sunlight, It appears Ramona’s daughter Avery Singer has no aversion to it either, except in those locations where a pair of hot pants would normally be: 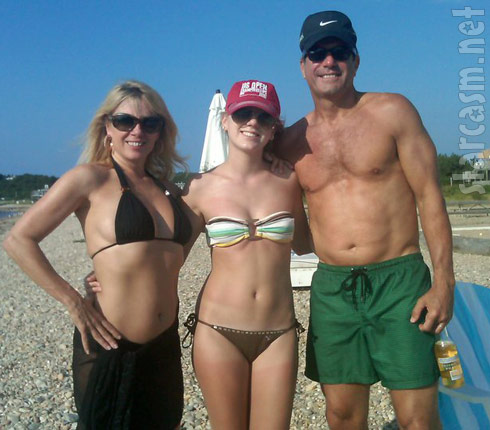 That there is a mighty healthy looking family y’all! Mario might want to look into creating his own line of Pinot Grigio though because he obviously doesn’t have the same swimwear budget as Ramona. Those look to be the same green swimming trunks he was wearing in the more recent Italy photo. I’m going to give him the benefit of the doubt on the older photo though – those look like they are black. Although, they could be dark green and have merely faded over the last couple decades! (Or millenia! Vampires I tell you! Vampires! Don’t those Twilight kids go to Italy to visit the vampire HQ or something?)