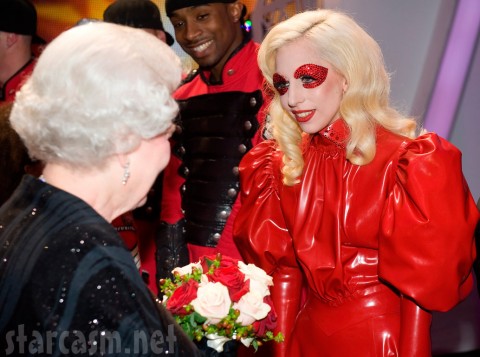 The Royal Variety Performance returned to Blackpool, England Monday for the first time since 1955 and Britain’s Queen Elizabeth II was in attendance. Also in attendance were Lady Gaga and Miley Cyrus, who were both photographed meeting the Queen after the performance.

Lady Gaga wore a traditional red latex fetish dress with sequin eye pasties while Hannah Britannia reminded QE what it was like to be young and in no need of a brassiere. 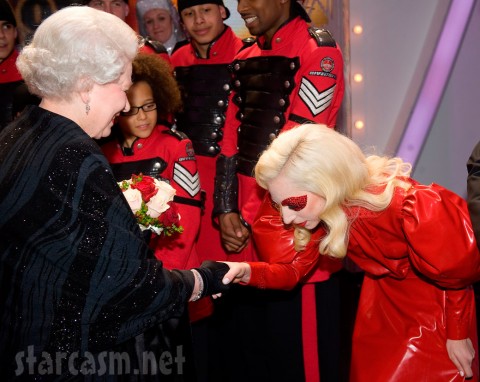 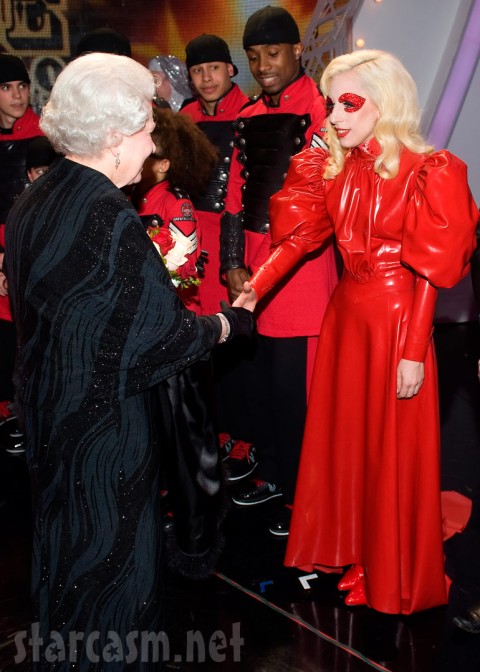 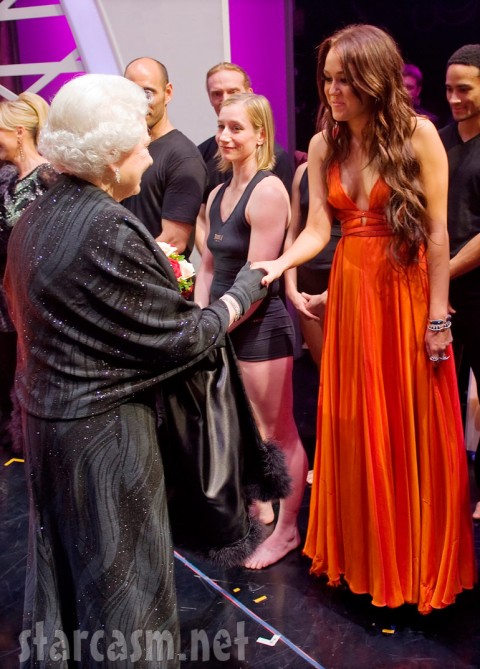 The perofrmance, which took place on December 7, is an annual show featuring performances from a wide variety of entertainment and show business artists.