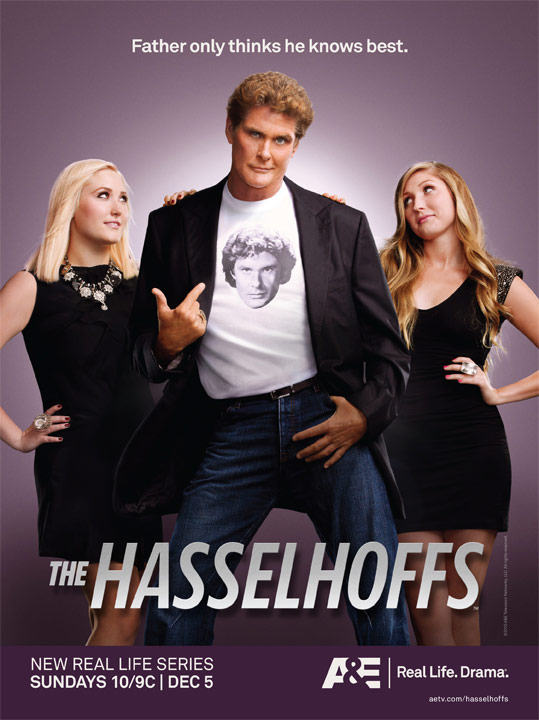 David Hasselhoff returns to television December 5 with the premiere of The Hasselhoffs, an A&E original reality series about The Hoff and his two daughters Taylor Ann, 20, and Hayley, 18 as they struggle with all the positive and negative trials and tribulations that come with being a Hasselhoff. From A&E:

Produced by American Idol producers Fremantle Media North America, the ten-episode half-hour series brings viewers inside the household of David Hasselhoff where “The Hoff” is just “Dad” and examines the challenges he faces as a single parent raising two young-adult daughters. Despite juggling his multiple entertainment and business endeavors, he is the ultimate “stage dad” and will do anything to help guide his daughters’ decisions as they pursue careers in entertainment and manage their up-and-coming group “Bella Vida.” 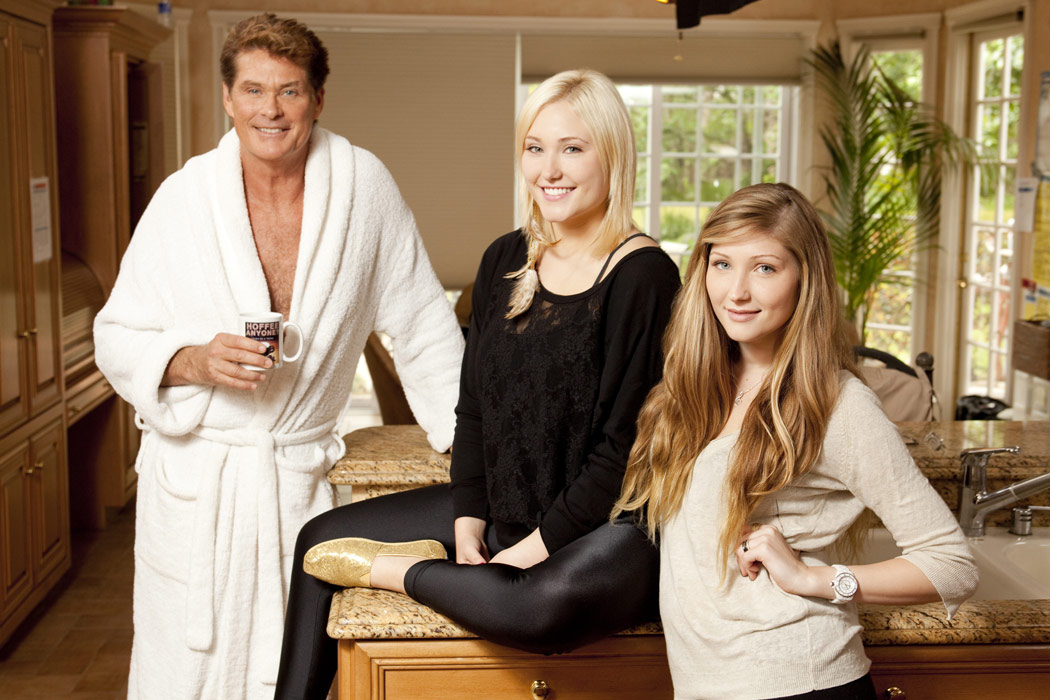 The series tags along with father and daughter Taylor Ann performing side-by-side on set of “The Young and The Restless,” goes behind-the-scenes with Hayley at “Huge,” steps in-studio with “Bella Vida” to record, write songs and meet with producers, watches David’s preparations for a comedy roast and travels to Austria where David orchestrates a production of an epic scale, one where the entire family’s reputation hangs in the balance. With three entertainers with big personalities and an unparalleled sibling rivalry between the girls in the house, there is never a dull moment with “The Hasselhoffs,” but throughout it all, David proves he is a dedicated father and no matter what challenges he faces, he has the best interests of his daughters in mind.

The premiere episodes are called “Hoff the Record” and “Addiction,” and thanks to the good folks at A&E we’ve got a few preview images, including David reprising his role as Knight Rider‘s Michael Knight for a trip to Pink’s Hot Dogs! 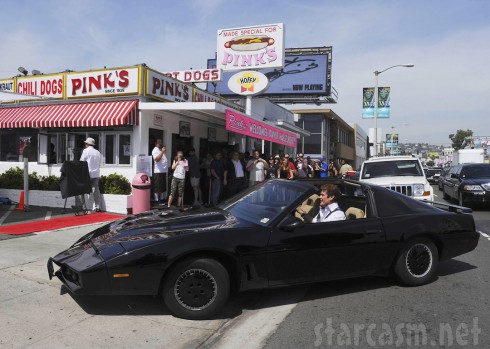 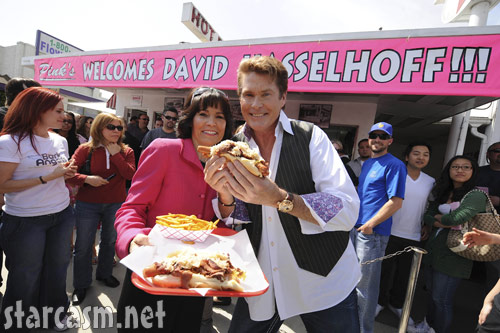 Here are the brief episode descriptions from A&E:

“Hoff the Record”
David heads to Arizona in a last-ditch effort to convince Taylor to stay in school, but Taylor is impatient to get home and start up a band with her sister. Hayley gets her big break when she lands a role on a TV series, but this means she won’t have much time to devote to the band with her sister, and David finds himself stuck in a house with two daughters at each other’s necks

“Addiction”
David cheats to win a bet with Taylor and Hayley about who can stay off caffeine the longest, but the girls finally catch him in his lie. When Taylor hires a pet psychic to treat her dog’s addiction to tennis balls, David finds that his whole family might be to blame. 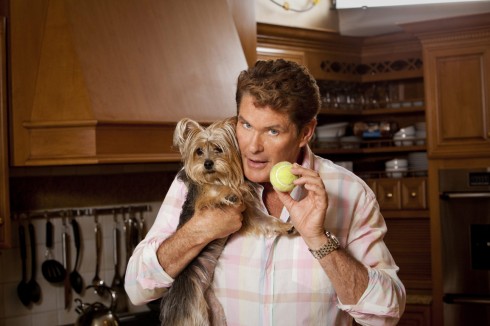 Listed in the Guinness Book of World Records as “The Most Watched TV Star in the World,” David Hasselhoff has been on television for more than 30 years. Whether you recognize him from “Knight Rider,” “Baywatch,” or “America’s Got Talent,” there is no disputing the iconic status of “The Hoff.” In between stints on TV, starring roles on Broadway, live performances and business ventures that have taken him worldwide, he is also a single dad, raising two very driven daughters. Hayley, recently starred in the series “Huge” and is signed with Ford Models, and Taylor Ann recently guest-starred on “The Young and the Restless,” and is a communications major at the University of Arizona. The Hasselhoff girls form the group “Bella Vida,” which has toured with their dad abroad and they are currently working on an album.

In case that wasn’t enough to sell you on tuning in, then certainly this lil Hasselhoffspring will change your mind!