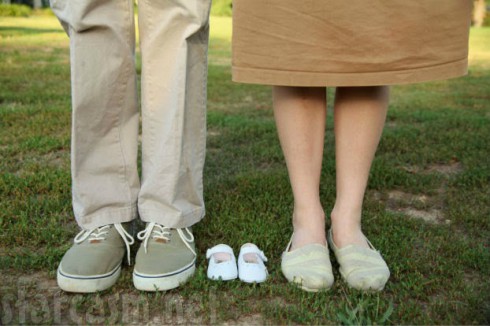 Just eight weeks after tying the knot, 19 Kids and Counting‘s Jill Dillard and Derick Dillard surprised fans by announcing they are starting a count of their own.

“We’re having a baby!” the former Jill Duggar revealed last month. “We are so excited.”

Even though Jill looked radiant when sharing the news with People, mom Michelle Duggar said the first-time mom has struggled with severe morning sickness.

“I have said to Jill, ‘When you feel sick and so tired, remember you are growing another person inside of you and this is a good reason to be sick,'” said Michelle, the mother of 19. “For me, I would try to sit down and rest whenever I was sick while pregnant. You have to do what you have to do. The end result is so worth it.”

Jill, a trained midwife, told ET last week that she is also being thoughtful about what and when she eats… Even though she has non-stop cravings for fudge bars and consumed a whole jar of jalapeños.

Despite her bouts with nausea, Jill and Derick recently found time to do a sweet “baby announcement” photoshoot. (It seems to be more for posterity’s sake, considering they already announced the news…) 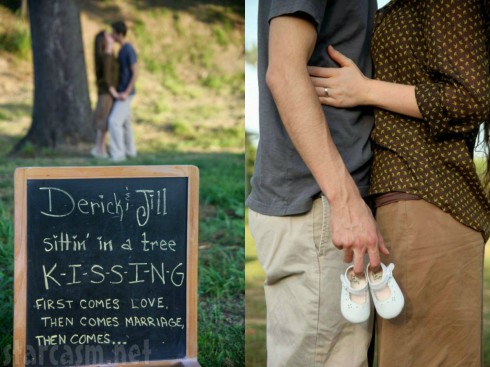 Although Baby Dillard isn’t due until March 24, 2015, the expectant parents have already been showered with gifts from friends and family members. 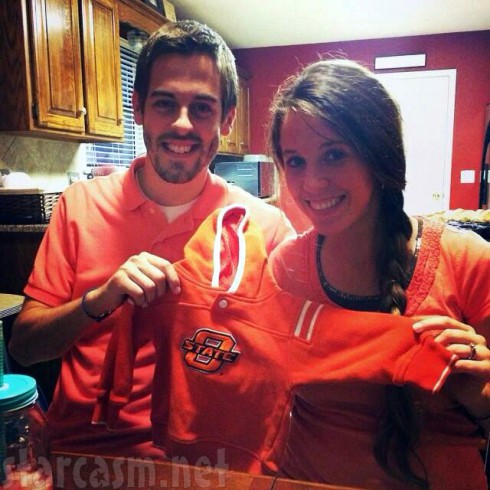 In some ways, this may be an even more joyous time for the family than Jill and Derick’s wedding because his mom is now cancer-free.

“I was unable to be involved in any of the wedding preparations for Jill and Derick… I am really looking forward to helping them get ready for the baby,” Cathy Dillard told People. “I am looking forward to every aspect of them having this baby.” 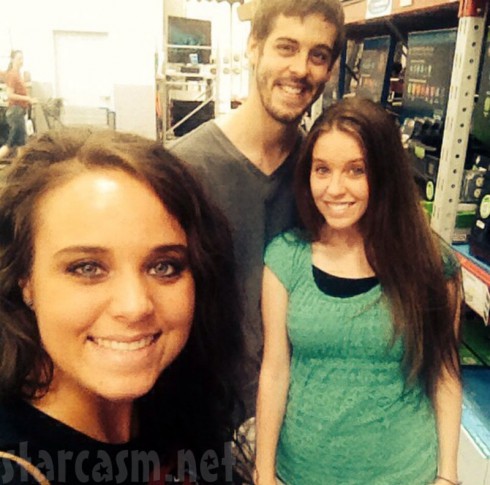 Jill and Derick have also gotten a jump-start on planning, even though they won’t learn whether they are expecting a baby boy or girl for another few weeks.

“Ultimately, we want to be an example for them. For a daughter, I want to show her how a man should treat her, just like Jill’s dad did for her,” Derick told Christian Post this week. “And just be the best dad I can be to both my sons and daughters and really purpose to teach them the Word of God early on and pray that they will come to the Lord early in life.”

Although both said they are inspired by their parents’ examples, Jill told ET they won’t be following her mom and dad’s tradition of starting all the kids’ names with the same initial. Instead, Jill said they are considering naming this baby (and future kids) after family members… If it’s a boy, I bet they will go with “Rick” in honor of Derick’s late father.

Find out more about Jill and Derick’s road to parenthood on the new season of 19 Kids and Counting, which premieres on TLC tonight at 9/8c.