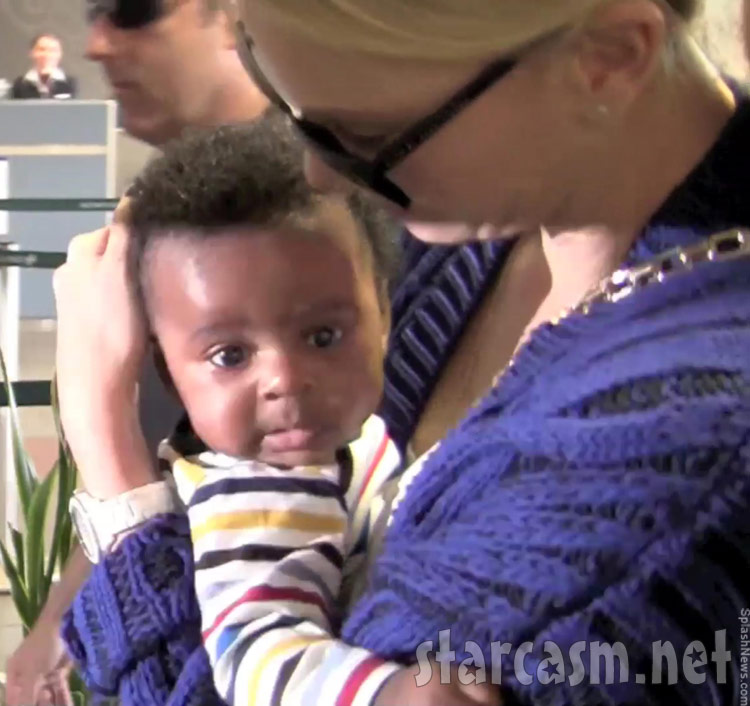 Charlize has herself a cutie!

2 months ago actress Charlize Theron confirmed via a rep that she had adopted a son named Jackson. At the time there wasn’t many more details on the new addition but the stunning actress has stepped out with little Jackson and we’ve got some super-adorable photos of Mommy and son to share.

The stunning 36-year-old actress took Jackson along for a flight from Los Angeles to Charles de Gaulle airport in Paris. She looked like a natural as she held her 6-month-old precious cargo maneuvering through airport and paparazzi crowds. 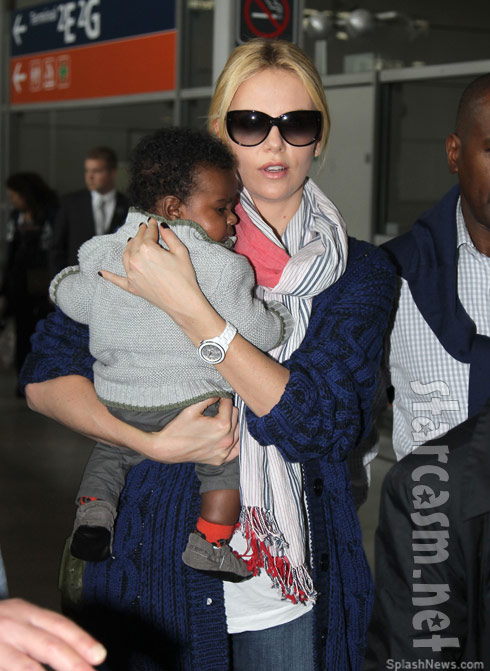 The top photo of the bright-eyed Jackson was taken as mom and son made their way to boarding on Monday. The image directly above shows the family across the big pond and in Paris. Welcome to the life Jackson!

Here’s one more pic of Jackson as mommy holds his little hand and he gives someone a serious baby stare. 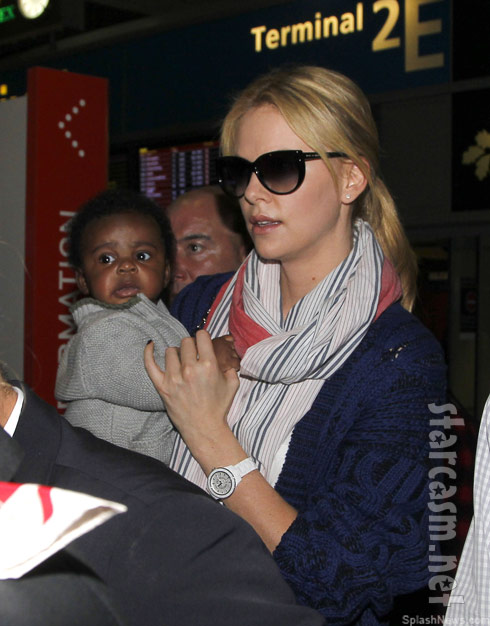