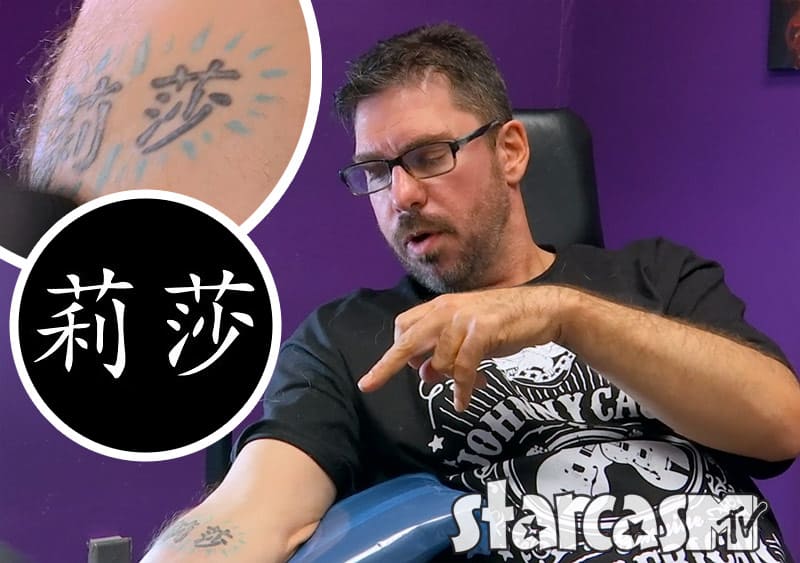 On one of this week’s episodes of Teen Mom OG we got to see Amber Portwood’s fiance Matt Baier head into a tattoo parlor to get a “Gabba Gabba Hey” Ramones forearm tattoo, and during the process, he explained to the tattoo artist that the two Chinese characters above it meant “clean and sober.” But, it turns out there are people who watch Teen Mom OG who can read Chinese, and it seems Matt is once again wrong about himself.

The Teen Mom True Detective who discovered the erroneous translation is redditor @Pandas_in_Atlanta, who shared the following earlier today:

Hey guys, so here I am catching up…and after reading about this “clean and sober” tattoo post from earlier, I was dying to see it.

I studied Chinese, and read/speak a very good amount of Japanese. So trying to see this thing the best I could to translate his bullsh!t.

I was actually able to make out the characters (despite the shitty lighting on the first half ugh!) and knew from the second I saw it , had nothing to do with being sober.

Here are the traditional characters :莉莎 Alone doesn’t mean anything, but ~

Turns out gasp this is both the Chinese, and Japanese way the name Lisa would be written/pronounced. And of course googling it will throw a bunch of Lisa’s your way. There you have it, more bullsh!t from matt.

Playing Marty Hart to @Pandas_in_Atlanta’s Rust Cohle, I did some follow up work by gathering some evidence in the form of a screen cap of Matt’s tat and the Chinese characters for Lisa: 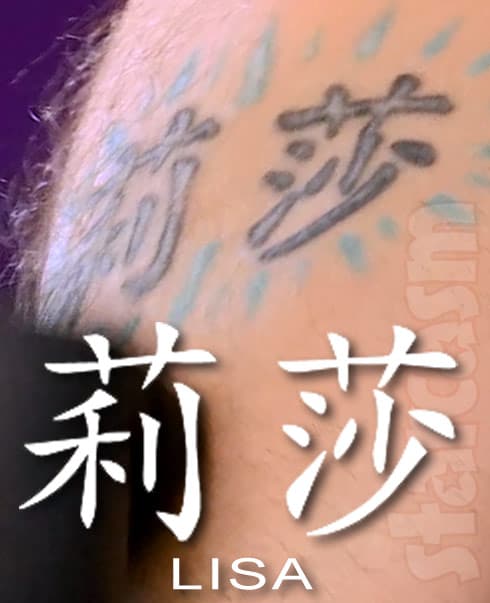 I also tried to track down the Chinese (or Japanese) translation for “clean and sober” (or “clean” and “sober”) but I couldn’t find any that weren’t more than two characters, and none of them resembled Matt’s tattoo.

As far as the identity of Lisa, that is still a mystery. Although numerous women have come forward from Matt’s past, I haven’t run across one named Lisa as of yet.

I should point out that if Matt were on trial for bullsh!t over the tattoo, he could plead innocence by claiming that he was told the characters meant “clean” and “sober.” I can already imagine the Teen Mom OG scene where Amber finds out what the tattoo means and Matt acts just as shocked: “What?! I’ve had the name Lisa tattooed on my arm this whole time?! Oh my gahd!”

In another part of the scene, Matt asks MTV cameras to leave as he shows the tattoo artist a tattoo he has of a Twitter handle he doesn’t want folks to know about. It’s still unclear what the Twitter ID is/was. I assume it’s not his @mattbEPT account, as it is still active and has already made numerous headlines in connection with Matt.

To wrap up this post, I was a little inspired by Matt’s Johnny Cash shirt plus his tattoo, so I dug up this clip of the female member of the original country music “Outlaws” Jessi Colter singing one of her most famous songs: