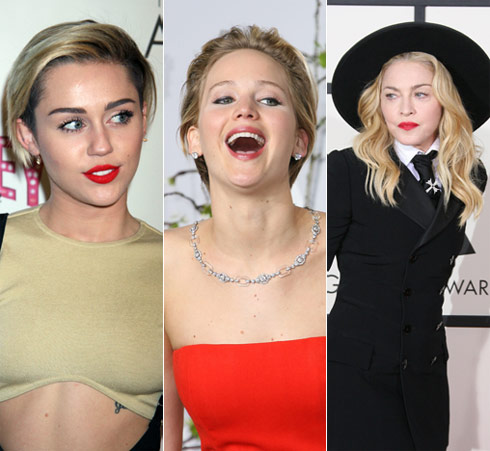 As Jennifer Lawrence’s career has skyrocketed it’s become patently clear and endearing to most that the actress is fearless and/or shameless when it comes to self-deprecating anecdotes.

According to an audience member who was at a recent taping of NBC’s Late Night With Seth Meyers, the Catching Fire star talked about getting way too tipsy during the Oscars and losing her dinner in front of someone famous on a stairway during yet another famous person’s after-party.

The source told Us, “Jen said she was so drunk, she puked on the stairs at Madonna’s after-party, and Miley walked by and said something like, ‘Get it together, girl!'”

All of this A-list hurling hasn’t deterred the folks with FHM as they have designated the 23-year-old the Sexiest Woman in the World for 2014.

The Late Night episode featuring Lawrence is set to air May 21.