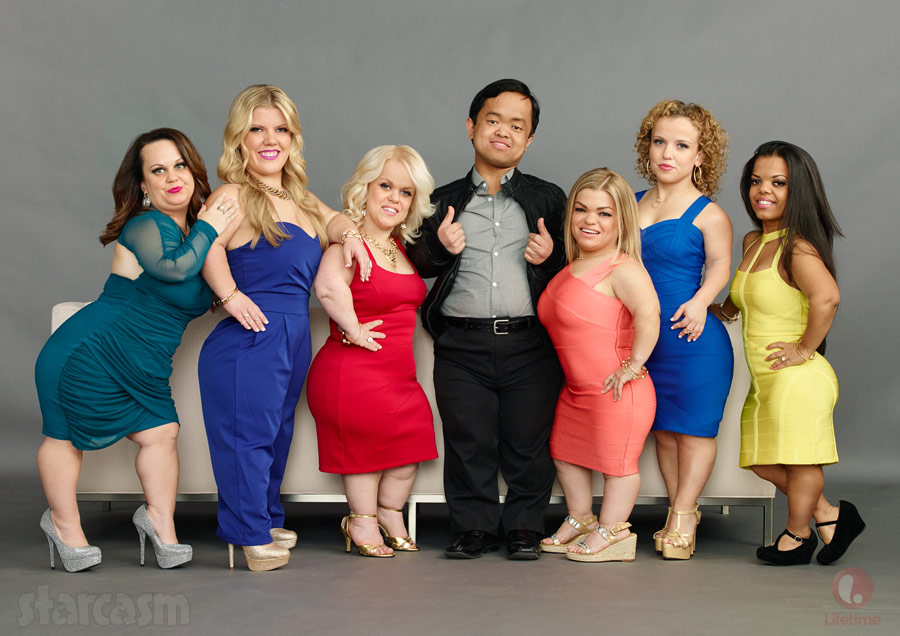 Lifetime is capitalizing on the success of its popular Little Women LA reality series as it takes viewers from The City of Angels to The Big Apple with Little Women NY, starring seven little people including one of Miley Cyrus’ now-famous back-up dancers from her Bangerz Tour!

You can see the new cast in the photo above (click to enlarge), which features (from left to right) Kristin Zettlemoyer, Misty Irwin, Lila Call, Jason Perez, Dawn Lang, Jordanna James and Jazmin Lang.

Fans of Little Women LA may recognize Lila Call as she appeared on that series as well. “I thoroughly enjoyed my experience on the set of LWLA,” Lila told her former employer, the Hartford Courant. “This has opened the door for me to appear on LWNY.”

Lila opened up on her hopes for the new series. “I’m excited for my friends and acquaintances in Hartford to see what I can bring to LWNY,” she said, “and hope the LWNY show will demonstrate how our community works to build each other up with encouragement and support for each other in each endeavor that we individually take on.” Lila concluded, “We may be small, but we have a lot of heart!”

Another Little Women NY face that may be familiar to you is that of Jordanna James, who is probably the only LWNY cast member who would list being a star of a Lifetime reality show as her second greatest achievement. Jordanna can say that because she has toured the globe and performed in front of millions as a dancer for Miley Cyrus’ Bangerz Tour! 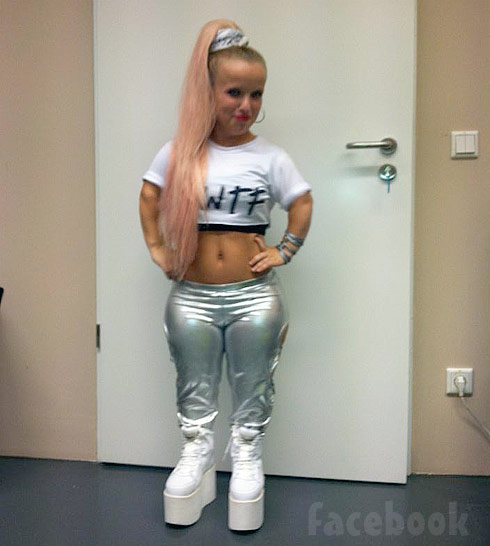 You might recall that one of Miley’s little people dancers, Hollis Jane, spoke out about feeling exploited after Miley’s performance at the MTV VMAs. “For the first time I felt truly ashamed of being a little person,” Hollis wrote in a lengthy blog entry that got a lot of media attention. “Standing on that stage, in that costume was one of the most degrading things I felt like I could ever do.”

Jordanna was quick to offer her differing opinion, supporting Miley Cyrus completely. “[Miley’s] not using anybody,” Jordanna told Heat magazine. “She supports all shapes and sizes. She wants to embrace diversity – everyone’s different. That’s what I love about her. She’s giving us an opportunity.”

Miley responded to Hollis Jane’s comments by posting a backstage photo with three of her little people dancers, one of which was getting her hair braded by Miley, and captioning it, “as long as my b!tches love me.” Jordanna responded by sharing the photo on Instagram and iterating her love and support:

And here are some more photos of Jordanna James performing with Miley from the Bangerz tour:

I'm thankful for this! Work hard and never give up on your dreams or yourself #thankyoumiley #nevergiveup #believeinyourself #mileycyrus #bangerz @mileycyrus

Bangerz it was fun #Mexico #bangerz

So when does Little Women NY premiere? Lifetime hasn’t revealed that yet, but The Courant reports that it “should be late March or early April.” Stay tuned!