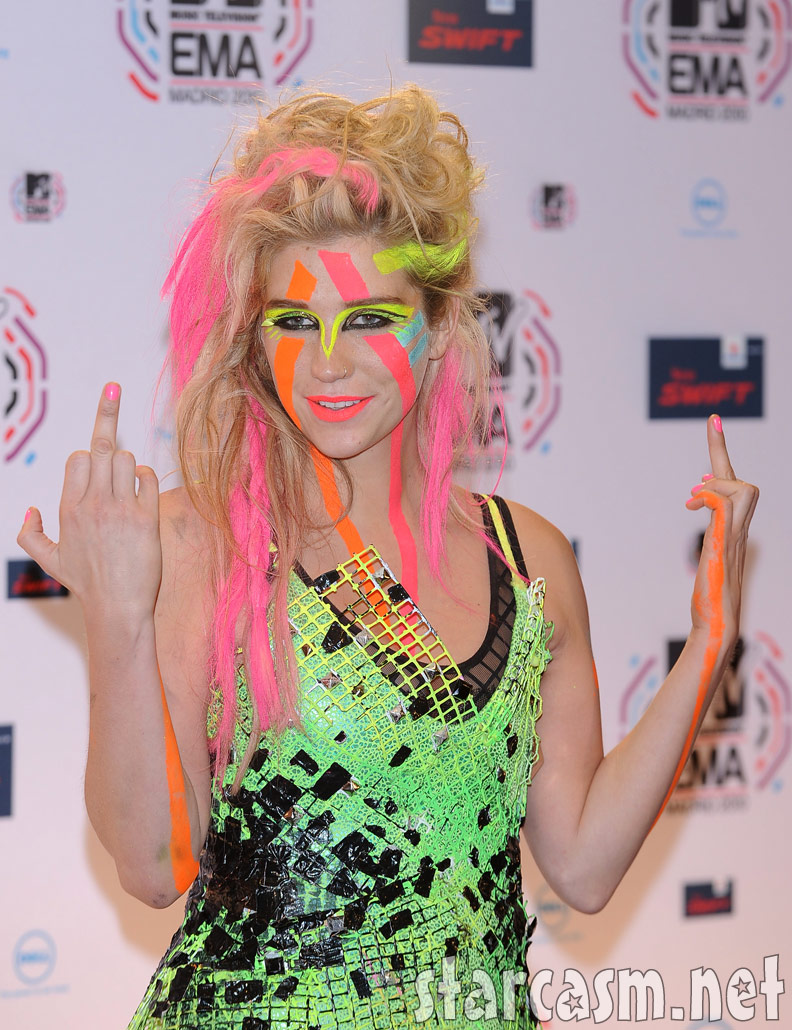 Ke$ha arrived at the 2010 MTV European Music Awards in Madrid wearing a relatively tame outfit by Ke$ha $tandards, but left the EMAs looking as though she was the lead actress in the Ed Wood version of Avatar! The walking high school paper-mâché project seemed flipped out over taking home an award and flipped off photographers with a couple vulgar tweets from her bird fingers. (Above – click to enlarge the birdies) 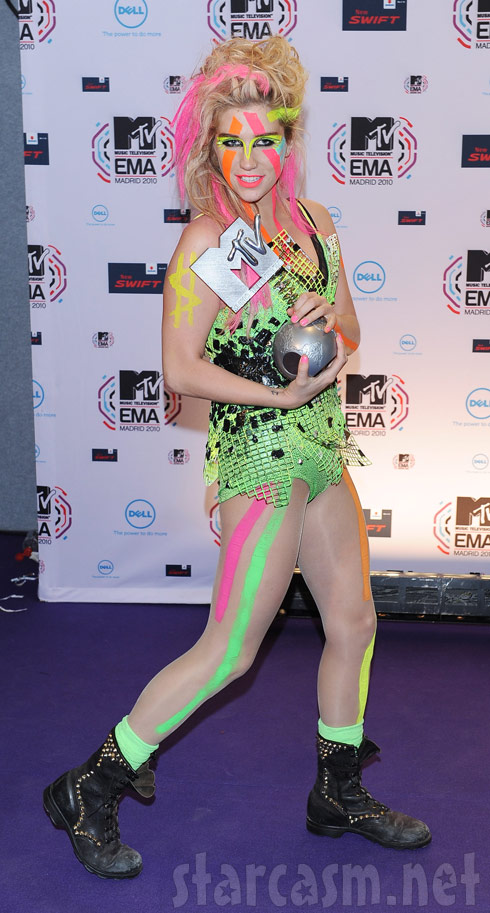 Is it me or does Ke$ha look like she just emerged from having group sex with a pack of highlighters? What would you call those colors? Whorescent?

And as if the front view wasn’t bad enough this view of Ke$ha’s Tiktokadonk looks like melted lime sherbet going down a drain:

I usually refrain from tempering posts with the appearance of meanness but I have to assume part of Ke$ha’s shtick is that she wants that. There’s really no other explanation is there? Hey – if Ke$ha was Jewish would her first big hit have been “Shtick Shtock?”

All of that being said I suppose there’s something admirable about a girl that knows how to work a blacklight! If she added some black velvet to her outfits Ke$ha would be like a living Led Zeppelin poster – and there ain’t nothin’ wrong with that!

Here are some more photos of Flore$ha including a couple of her performing on stage at the EMAs!