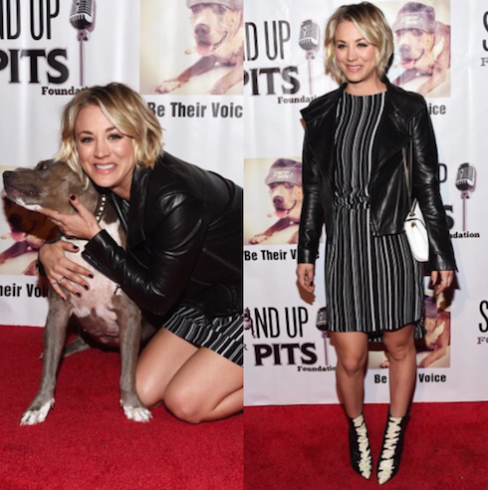 Kaley Cuoco’s pending divorce has made 2015 a rough year for the Big Bang Theory star. This weekend, Cuoco made one of her few red carpet appearances since her split from Ryan Sweeting became official, when she stepped out for the Stand Up For Pits pit bull charity–and broke down in the middle of her speech.

The news that soon-to-be-ex-husband Ryan Sweeting is asking for spousal support in her divorce from Kaley Cuoco–and could even be asking for the entirety of her estimated $45 million net worth–has made the past couple of months especially difficult for the highest-paid woman on television. Cuoco has kept something of a low profile since announcing her split from Sweeting, which is why many observers were surprised to see her step out for the Stand Up For Pits event. The extent of Cuoco’s troubles became clear, though, when she teared up in the middle of her speech, and had to pause several times. 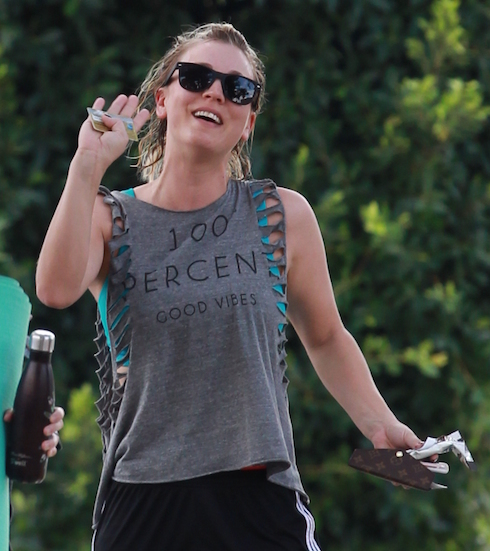 According to onlookers, Cuoco at first seemed gathered as she introduced herself to the crowd and began talking about how much her dogs mean to her. “My two pits have made this last year so much better for me,” Cuoco told the crowd…and then teared up and had to stop. One attendee told Us that “tears [did] glisten in [Cuoco’s] eyes,” but that “she…pulled it together and moved forward.” The same attendee also noted that the friends Cuoco brought to the event–and the white wine that flowed freely at her table–helped to smooth things over after the speech, which was well-received.

People reported that Cuoco was eventually able to joke with the crowd, asking them “Did you also get a tattoo of your wedding date on your back? No? That was just me?”

Stand Up For Pits is a “non-profit dedicated to saving lives and ending the abuse and discrimination of “Pitbull type dogs” (Pibbles) through live events, funds, education and advocacy.” The annual Hollywood fundraiser is a big deal for Cuoco, who’s hosted it for five years running.

Likewise, pit bulls are of prime importance for Cuoco. She has two, and one of them, which she named Norman Cook, is also her Instagram handle. In celebration of pits, then, here’s a collection of Cuoco’s most lovable Instagram updates from the past couple of months. (Chester, Kaley Cuoco’s most recent pup, is decidedly not a pit bull–but cute is cute, after all.)

Every single morning, Norman stands right at my feet as I wait for my coffee to brew . Even if he is in the middle of breakfast, he stops what he’s doing to sit with me. He is the definition of love! ???

Ruby said “um no” to my 7am riding lesson this morning ? she was in the exact same spot when I got home