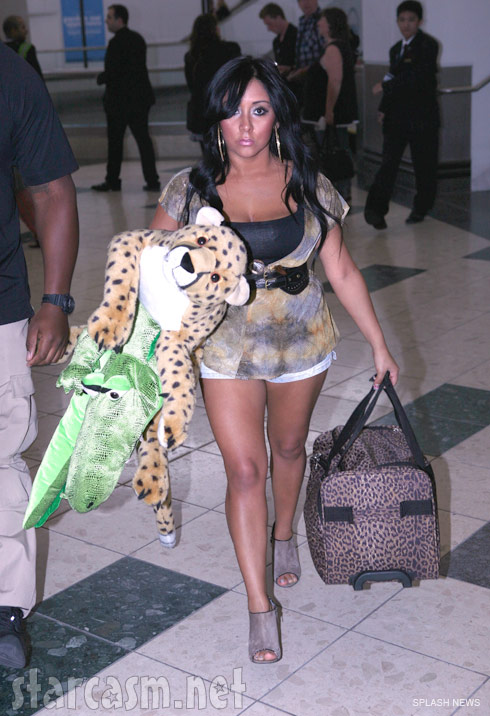 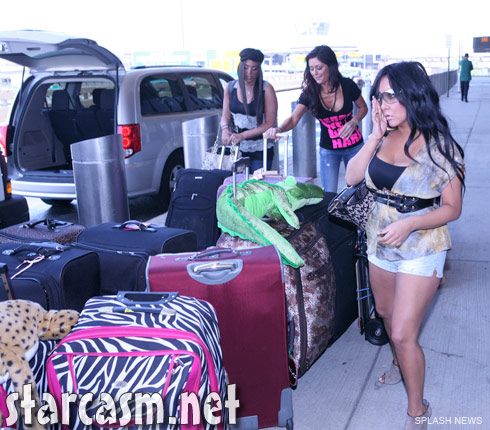 It seems the ladies couldn’t stand the thought of being away from the carnivalesque atmosphere of the New Jersey shore so they brought along over-sized stuffed animals including an alligator, a cheetah and what appears to be a lime green and white chipmonk? 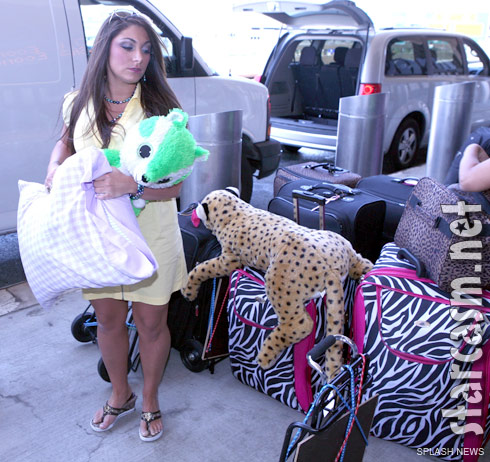 The alligator and cheetah belong to Snooki and the chipmonk thing was Deena’s – JWoww didn’t appear to bring one, but she could have hidden it so as not to tarnish her badass superbabe image.

So long ladies! The United States won’t be the same without you 🙁