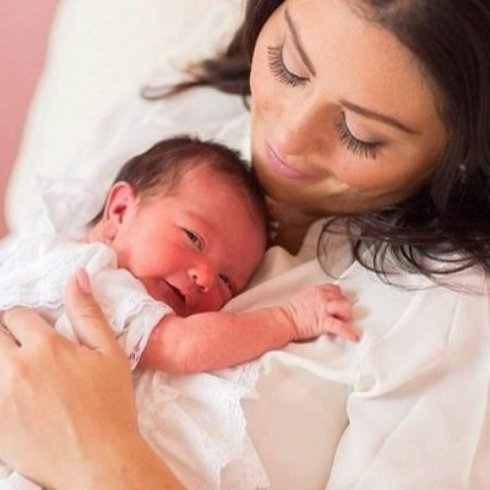 JWoww became a first-time mom when she welcomed daughter Meilani Alexandra Mathews just weeks ago… But she is already making loose plans for baby No. 2 with her fiancé, Roger Mathews.

JWoww added that plan is even more appealing after experiencing labor.

“He said I looked like The Exorcist,” she joked of Roger’s reaction during delivery. Even though that part of the experience doesn’t sound enjoyable for either party, it seems like welcoming a daughter has brought Jenni and Roger even closer… She recently wished her “boo” a happy fourth anniversary!