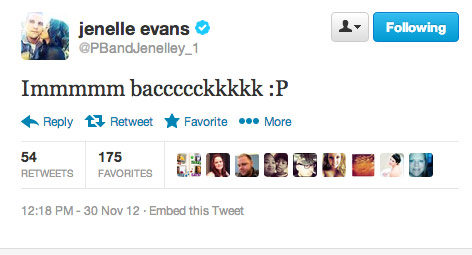 It’s been a week since Teen Mom 2 star Jenelle Evans was admitted to a North Carolina hospital for what she said was complications stemming from ovarian cysts, but the 20-year-old engaged reality star is now out of the hospital Jenelle took to Twitter and Facebook to announce the news to her fans (and detractors) by writing, “Immmmm baccccckkkkk :P”

That was followed by two quick photos, one of a KFC drive through with the tweet, “Yesssss <3” 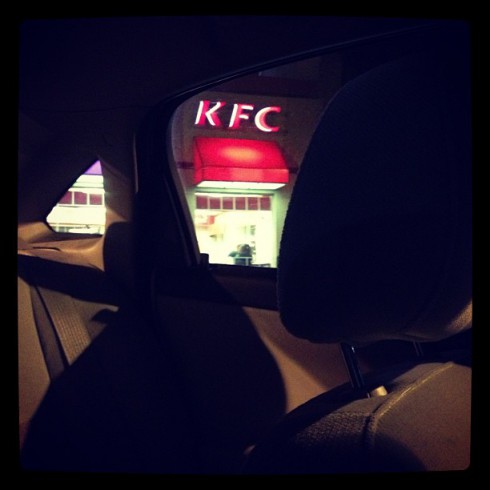 And another blurry photo of herself along with the assuring words, “I’m all good :)” 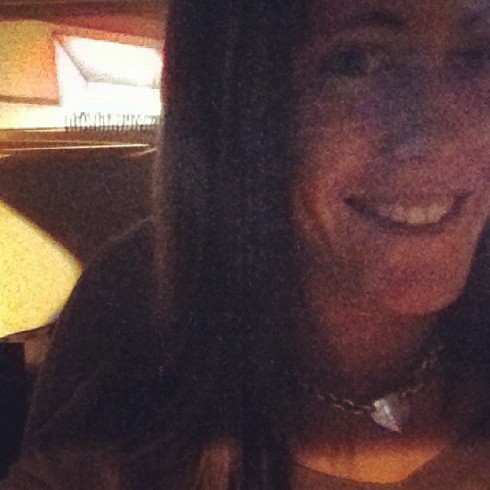 As the world anxiously awaits her triumphant return to around-the-clock social mediaing in hopes of getting more information on why she was in the hospital in the first place, take a look back at the mysterious timeline of events during her stay there that have many speculating Jenelle’s ovarian cyst issues might not be the whole story.

UPDATE – And she’s REALLY back! Here’s all Jenelle has written today (Saturday) on Twitter, Facebook, and Sulia:

Hey guys! sorry Ive been gone lately i was in the hospital for ruptured cyst and lung testing. I was really sick but,Im much better now ! I promise i will start posting more again 😀

Jenelles Former Roomate/Friend says that Jenelle is a former Heroin Addict?! Soooooooo, False! This is not true at all i was in the hospital for a ruptured cyst NO other reason 🙂

Jenelle Evans does have money set aside for Jace! See where its coming from below… When Jace turns 18 , Leo Daniels my manager says he isnt making money not because, im not paying him …because hes donating the income to a good cause! which would be making sure Jace has plenty of money! this is all true 🙂

@Classy_CarmenM – @PBandJenelley_1 It will take A LOT of Sulia nickels to pay for your 6 day hospital psych hold.
@PBandJenelley_1 – @classy_carmenm I have health insurance, I also had lung work done due to smoking out of kieffers exotic wooden pipes. still having to go back next week to chapel hill for more testing to see what’s in my lungs I’m coughing up

“@fieldsofjoy1: @PBandJenelley_1 how’s the car? Can you get it fixed?” I wasn’t on the car when that happened Courtland was on the way to me and yes I have full coverage so it’s being worked on now

Awwwhhhh !!!! Always keeping our relationship unpredictable 🙂 @courtyb11 [along with the photo below] 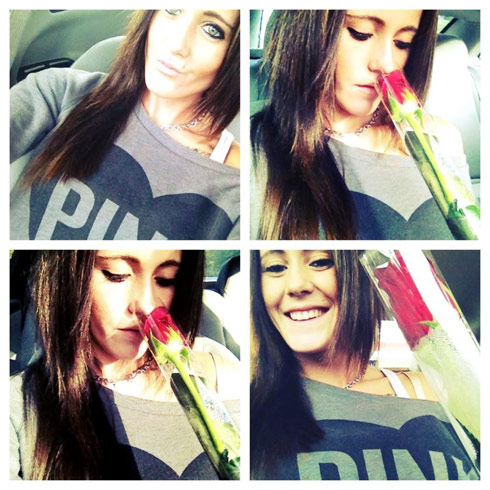 “@SimplyGabby89: @PBandJenelley_1 well Ms.Delp and Duffy proved ur heroin addiction!”Too bad that’s why I wasn’t in the hospital think again