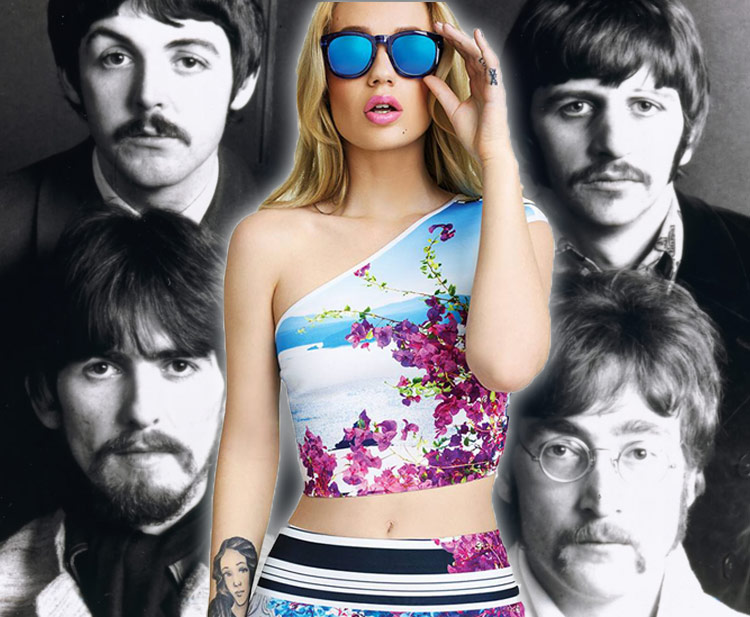 Whenever you start talking about chart records and The Beatles you know you are in some rarefied chart-topping air. And so it is for Australian rapper Iggy Azalea as she accomplishes a feat that hasn’t been equaled since the days of the Fab Four.

Azalea’s latest single “Fancy” featuring Charli XCX climbed from the #2 spot to the #1 spot on Billboard’s Hot 100 while Ariana Grande’s hit “Problem” featuring Azalea rose from #3 to #2. This means that the 23-year-old sits in the top 2 spots on the Hot 100 chart with her first two entries into the list!

The last time this happened? That would be way, way, way back in 1964 when John, Paul, George and Ringo stormed the ramparts with “She Loves You” at #2 and “I Want To Hold Your Hand” at #1.

In addition, Iggy becomes only the 3rd woman to sit at #1 and #2 concurrently (Mariah Carey – Ashanti).

I guess Perez kinda won the war against K. Michelle with this news.