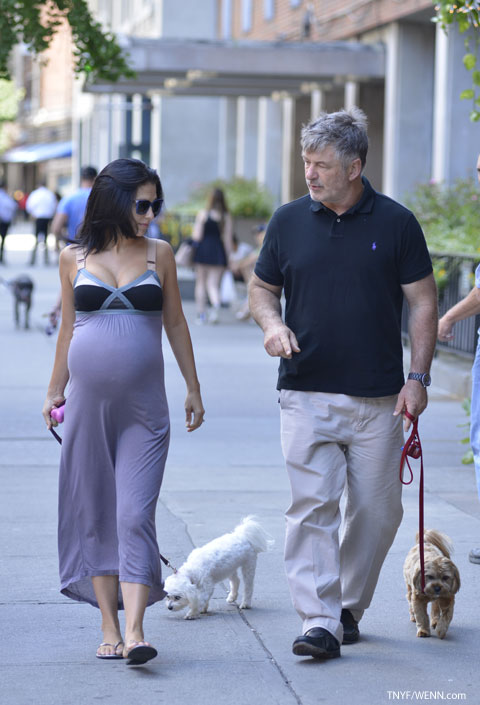 Alec Baldwin’s 29-year-old new wife Hilaria Baldwin is just days away from giving birth, but that doesn’t stop her from taking an afternoon stroll with Alec and their dogs.

Just last week Hilaria joked on Twitter about making some gazpacho reinforced with extra garlic in the hopes of inducing labor: “Just tried to induce labour by making gazpacho with extra garlic. I think it might kill us first… Or the next person we talk to.” 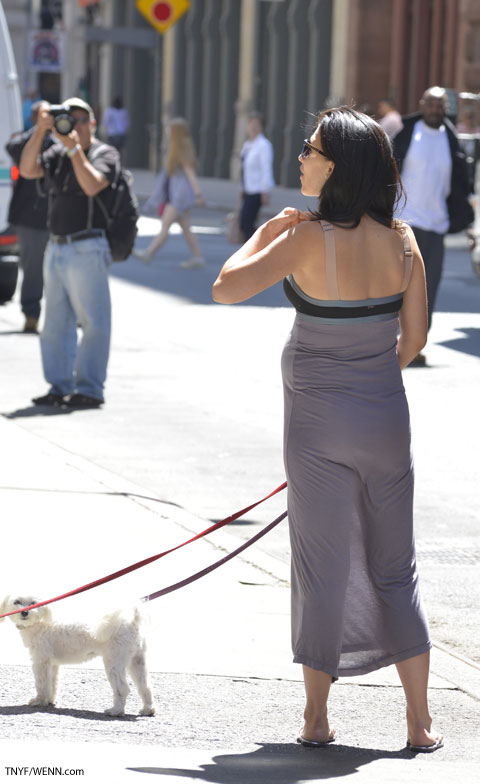 Hilaria isn’t on her feet all the time though, last Friday she tweeted she was starting a 30 Rock marathon from the beginning. She has kept active throughout her pregnancy, though, telling Refinery29 in July that she works out every day. 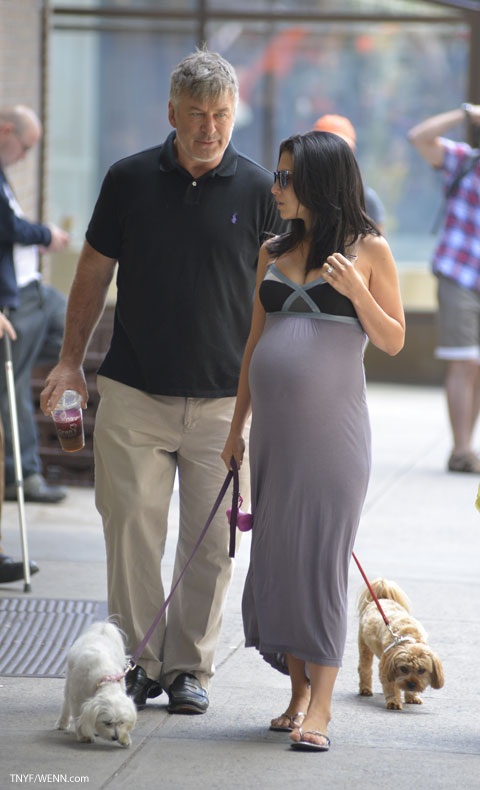 Two weeks ago she shared a beautiful and romantic photo from their wedding day with the caption “Soon to be three, never forget where it began #wedding #baby #countdown:” 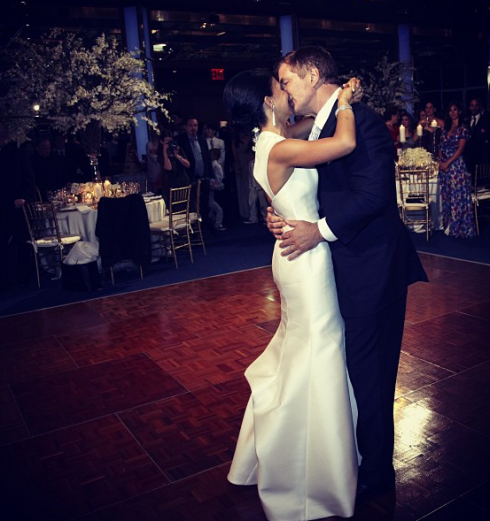 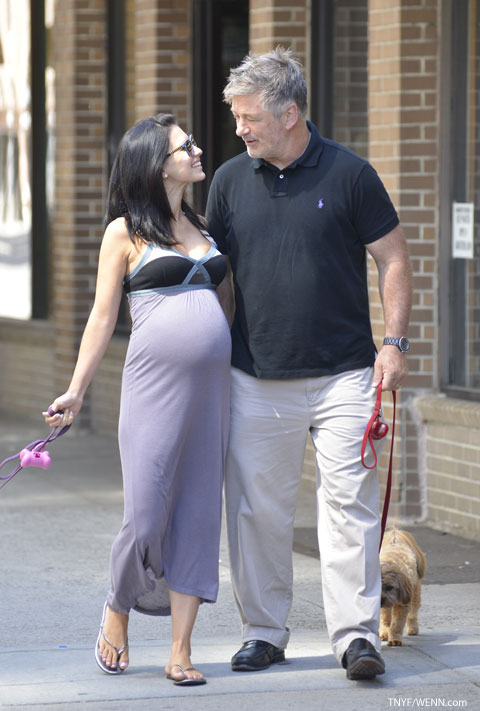 PHOTO Anna Duggar and Jessa Seewald show off their baby bumps, confirm Anna is past her due date