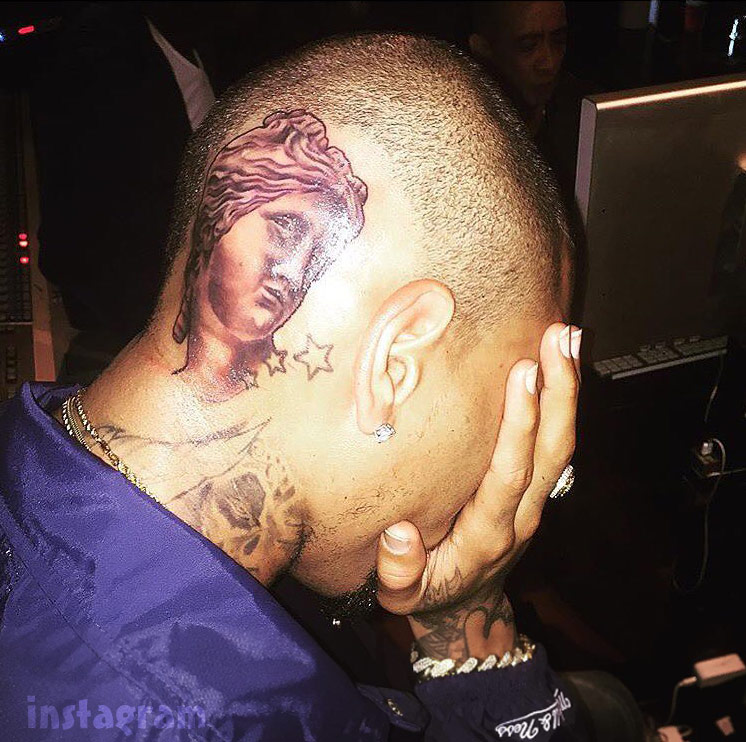 Singer Chris Brown seems to have embraced the notion that two heads are better than one as he went under the needle once again to get a large tattoo of the head of Antonio Canova’s Venus sculpture on the back of his noggin.

Chris tweeted and deleted the photo above, but the internet does not forget! Plus, it helps that Chris Brown’s tattoo artist also shared a photo of the new artwork in progress:

Just on the homie @chrisbrownofficial It was a pleasure to tatt the new King of Pop and watch him put together another record in front of my. Dude is a genius. Blessed and Thankful

TMZ speculated that the tattoo looked like the famous Greek statue Venus de Milo, but I did a little research and discovered that it looks more like another Venus statue by 18th-19th Century Italian sculptor Antonio Canova. This would make sense given that the Getty Villa museum in Pacific Palisades, California has a replica of Canova’s Venus statue that is quite well known as the “touch statue” which the museum encourages visitors to actually put their hands on and feel.

Here is a photo of the statue and the plate beside it:

The only statue that you are allowed to touch

Here are some side-by-side-by-side photos of the Getty Villa Venus and Chris Brown’s tattoo: 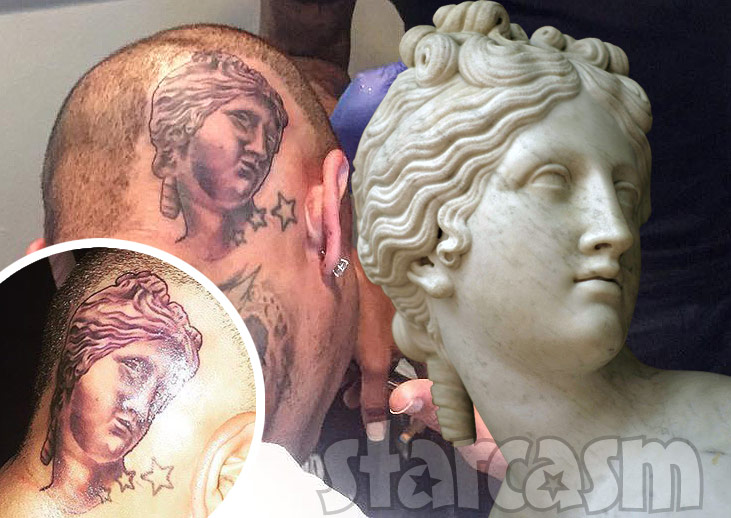 I suppose it would make sense that Chris would be inspired by a statue located nearby, especially one that he was able to lay his hands on. 😉

And for comparison’s sake, and to show that all Venus statues do not look alike (or perhaps that they do — depending on the viewer), here is the famous Venus de Milo for comparison: 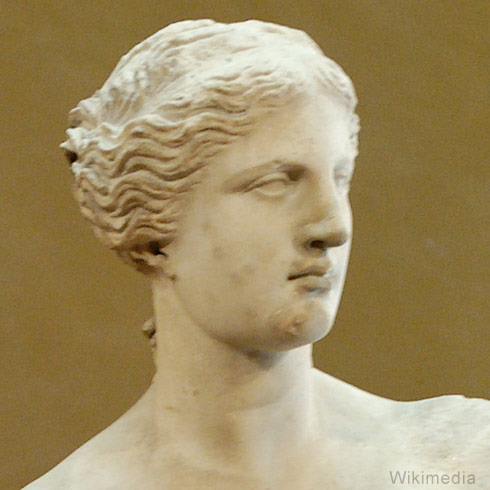 So what do you think of Chris Brown’s ink ode to Venus?

Listen to Rihanna and Chris Brown’s controversial Birthday Cake Remix; are they getting back together?