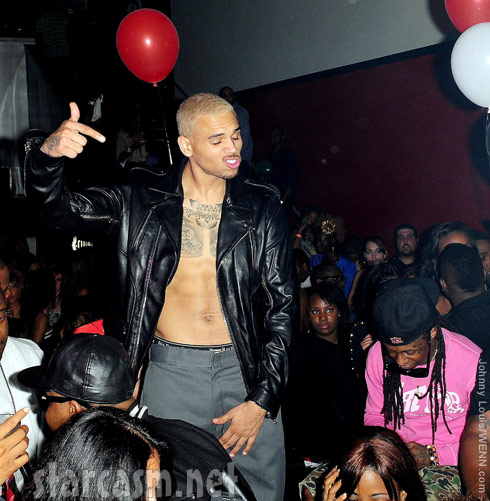 Ever since the infamous Rihanna attack photo surfaced I’ve given ol Chris Brown a pretty hard time here on the virtual pages of starcasm.net. It’s been over two years since that fateful night and I was thinking perhaps it was time to… keep pouring it on! Check out Chris Brown’s ridiculous birthday cake from his 22nd birthday bash at Club Play in Miami Friday night! 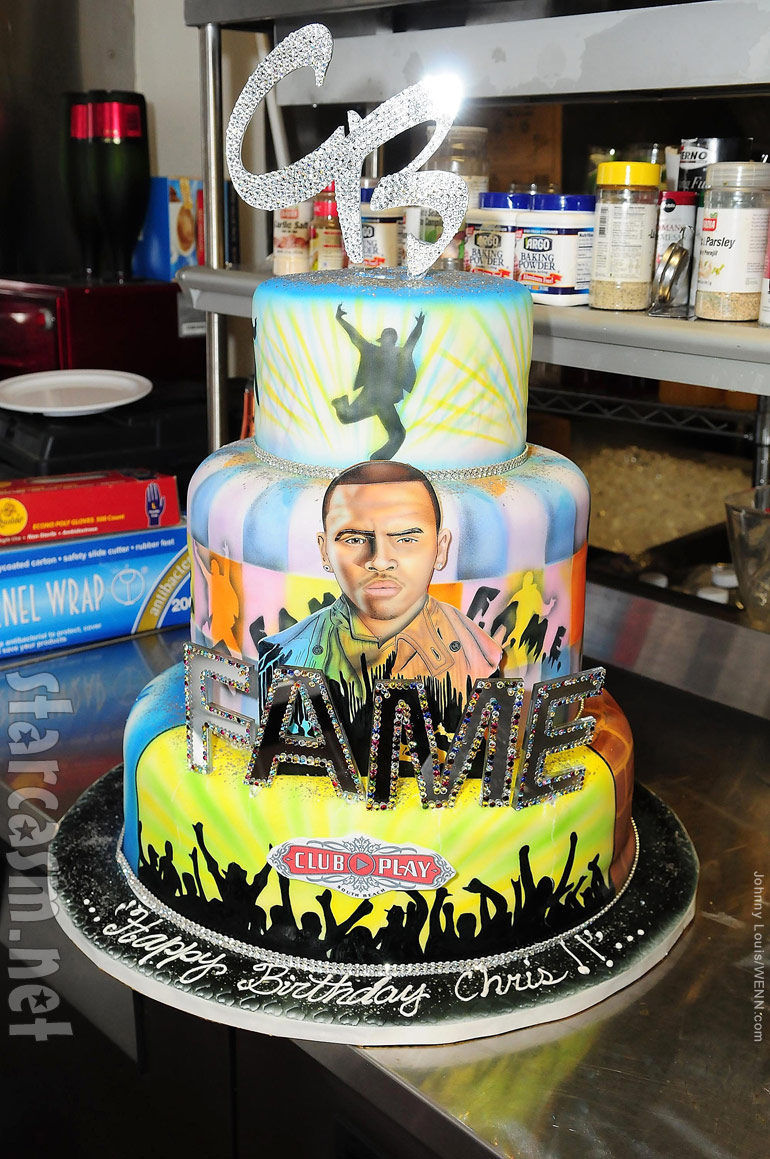 The three-tiered Brownstrosity features the singer’s super-serious countenance on a bright fluorescent-colored background with numerous silhouettes of CB dancing. And speaking of “CB,” the cake is topped off with those two letters blinged out to the max in a brush script font. Oh, and there are matching blinged out letters below, spelling out the title to Chris Brown’s latest album: “FAME.”

What I want to know is how is Chris Brown supposed to eat any of this confectionary eyesore when he is already so full of himself? Hi-ooooooooo!

Not everything at the party was either made of batter or guilty of it – rap legend (and “Look At Me Now” collaborator) Lil Wayne was in attendance enjoying the party by gettin’ his smoke and drink on: 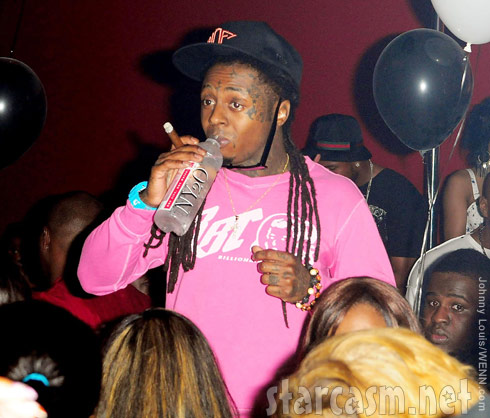 I hate for Lil Wayne to get caught up in the tossin’ of Chris Brown under the bus festivities, but I just can’t resist sharing this next photo in which Lil Wayne looks like a much Liller Wayne: 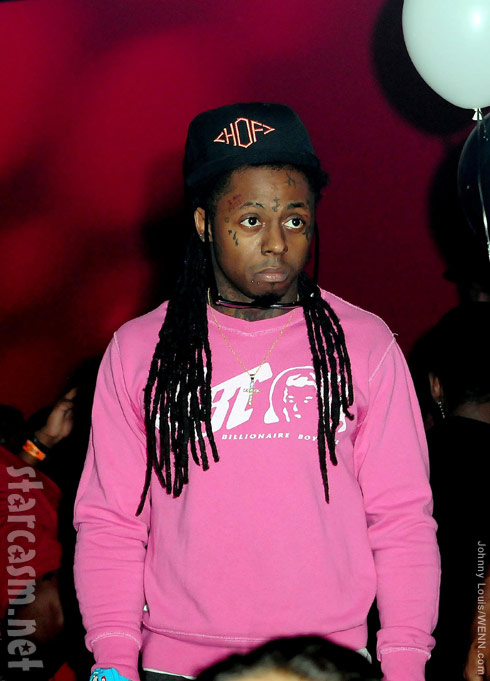 Just kiddin’ with ya Lil Wayne! (Not you Chris)