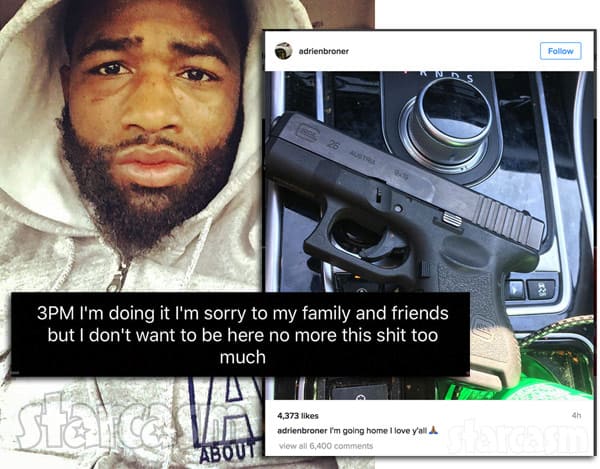 Troubled boxer Adrien Broner alarmed friends and fans earlier today when he announced on social media that he planned to take his own life at 3PM this afternoon. In addition to a series of farewell messages, Adrien also posted a photo of the gun that he planned to use.

Thankfully, it appears that Adrien did not follow through on his plans to kill himself as TMZ reports he is taking calls from friends. “They’re confident he’s safe and in a better place now,” TMZ says of Adrien’s friends in a rather unfortunate choice of words. 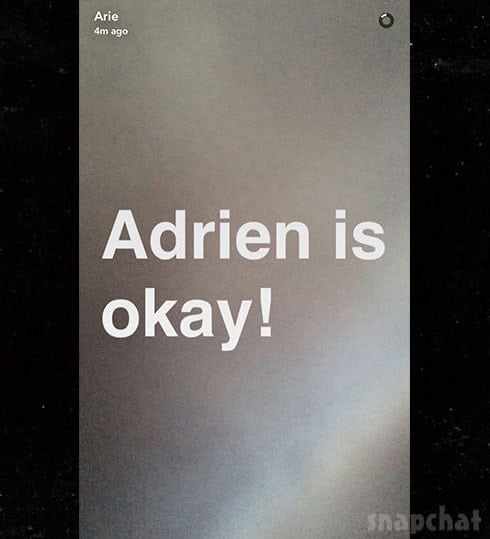 For those of you that missed Adrien’s disturbing Twitter and Instagram posts threatening suicide, here they are in chronological order. (It should be noted that there appear to be at least two Instagram posts that were deleted.) 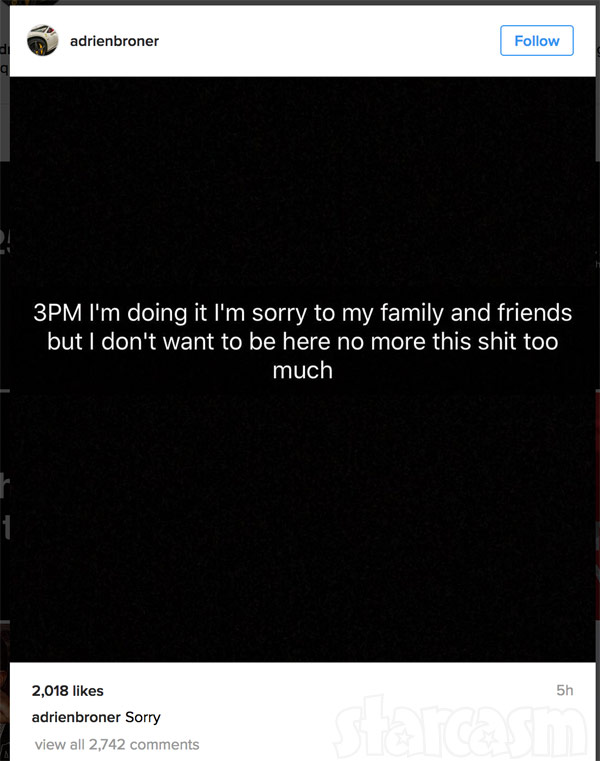 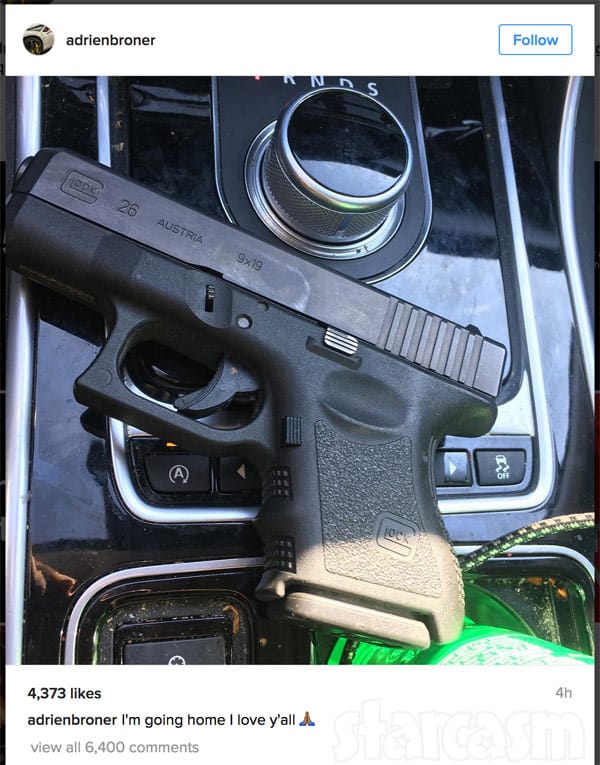 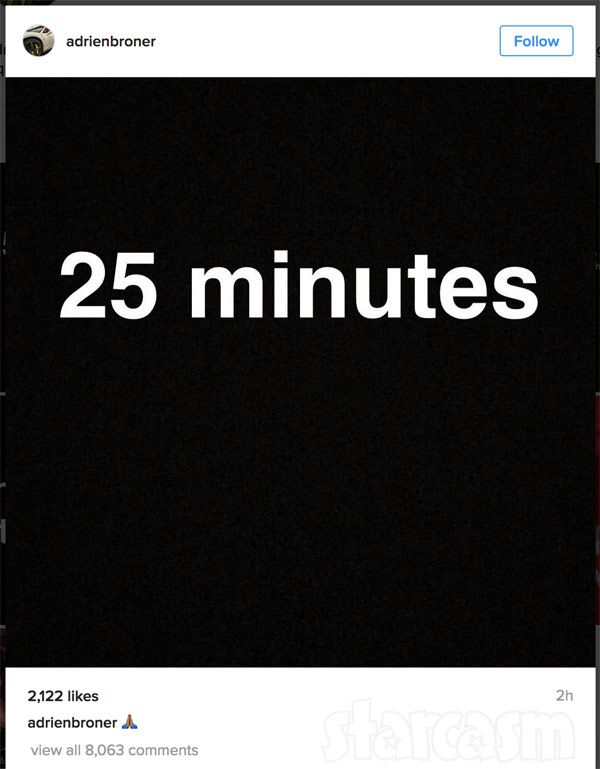 We are still waiting for some sort of official statement from Adrien or a rep, or even a comment from him on social media. Stay tuned.

UPDATE – Well, we didn’t get an official statement from Adrien via social media, but he did return to Instagram to post a video about robbing a bank with Floyd Mayweather:

Is Caster Semenya a hermaphrodite?