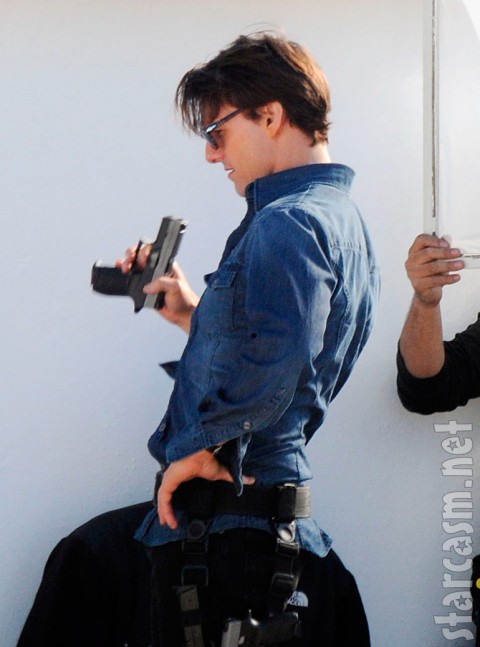 Here is a dramatic photo from the moment actor Tom Cruise realized just how bad Valkyrie was. Or maybe he’s starting a new religion called Suicientology?

Nah, Tom’s just playing with a gun on the set of his new movie Knight and Day, currently shooting in Sevilla, Spain.

The photo got me thinking, though. Not “productive, make the world a better place” kind of thinking, but “silly, make fun of Tom Cruise and guns” kinda thoughts. The end result is The Top Five Gun-Themed Tom Cruise Movies! (Please note that Top Gun is ineligible.)

I have been trying for well over a year to make a blunderbuss joke! You know, maybe the world is a better place now!