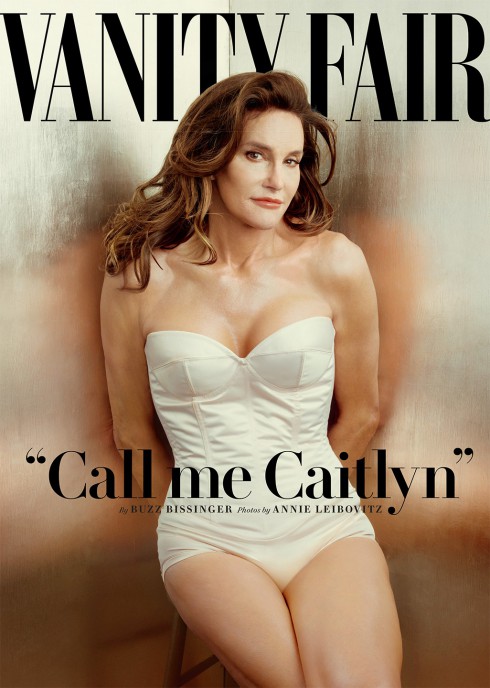 The world may not have been familiar with the name Caitlyn Jenner until today, but her debut on the cover of Vanity Fair is sure to be one of the most memorable of all time. In the image released today, the woman formerly known as Bruce Jenner shares her new identity for the first time.

“The last few days in doing this shoot was about my life and who I am as a person,” Caitlyn said, in a behind-the-scenes video from her session with Annie Leibovitz. “It’s not about the fanfare. It’s not about people cheering in the stadium. It’s not about going down the street and everybody giving me a ‘that a boy, Bruce’ pat on the back. This is about your life.”

Speaking about Bruce in the third-person, Caitlyn said he “always had to tell a lie,” even when he won an Olympic gold medal.

“Every day, he always had a secret, from morning till night,” she said. “Caitlyn doesn’t have any secrets. Soon as the Vanity Fair cover comes out, I’m free.”

I’m so happy after such a long struggle to be living my true self. Welcome to the world Caitlyn. Can’t wait for you to get to know her/me.

Sources close to her told TMZ the spelling of Caitlyn’s name is significant: Although she could have gone with a K-version, “she has never been her own person before, and becoming part of the Kardashian brood would undermine her goal.” However, the insiders added that doesn’t mean Caitlyn has issues with the family.

Congratulations to Caitlyn! We can’t wait to get to know her.

Not everyone is supportive of Caitlyn Jenner; find out what her critics have to say