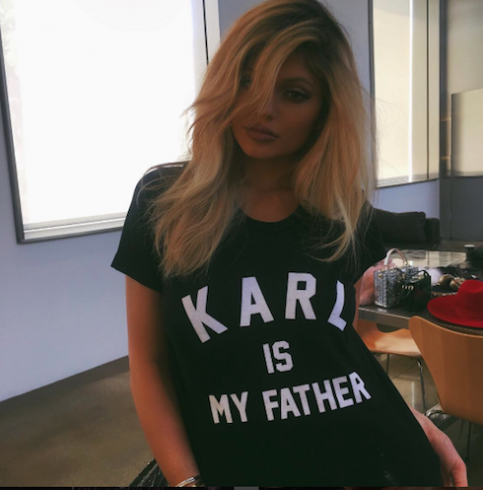 At least one member of the Kardashian-Jenner alliance has spoken out against the rumored Tyga-Kylie Jenner engagement. None other than Caitlyn Jenner has disagreed with the union, saying simply: “They’re way too young.”

Tyga, 25, is allegedly engaged to Kylie Jenner, 18. The Kylie Jenner engagement took place in secret, if the rumors are to be believed, and happened just this weekend. But Caitlyn isn’t interested in how cute and / or cuddly the pair might look together; according to insiders close to the reality TV maven and former Olympic champion, she’s put her foot down.

“This is not the kind of news Caitlyn wants to hear,” says one such insider. “She thinks Kylie is way, way too young to be in such a serious relationship, let alone be engaged. She hopes that this whole engagement thing is just a phase that she’s going through and will eventually snap out of it.”

Indeed, the “whole engagement thing” is still just a rumor. There have been Kylie Jenner engagement rumors before, almost all of them related to Tyga, and a fair number of pregnancy rumors, as well. A great deal of the speculation began to swirl at the beginning of this Labor Day weekend, after Kylie was spotted once again wearing a controversial diamond ring supposedly given to her by Tyga.

The flames of potential Kylie Jenner engagement news found themselves fanned again last night–Kylie shared the following Instagram post, which was believed to be the spot where Tyga had either proposed or was planning to pop the question:

Tyga, for his part, appeared bewildered. 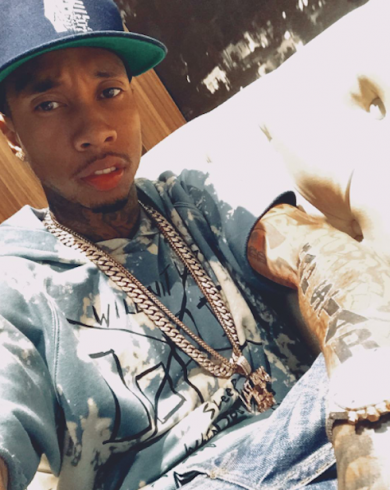 Devotees will recall that the hottest and heaviest Kylie Jenner engagement rumors began shortly before and immediately after the eighteen-year-old’s eighteenth birthday last month. For example, Tyga’s newest video, “Stimulated,” features the first-ever confirmed PDA between the couple.

Nonetheless, a close mutual friend of the couple is on record saying “Tyga and Kylie are engaged. He gave her that ring and asked her to marry him. They aren’t ready to tell everyone so right now they’re keeping it a secret from most people.”

Simon Barney blogged about Tamra hours before filing for divorce