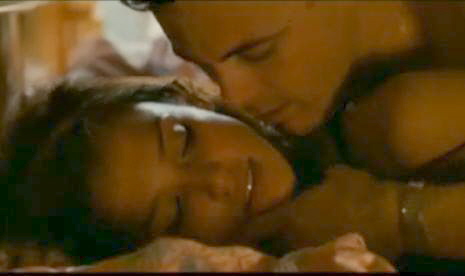 The Killer Inside Me is recycle Hollywood with a twist.  They have been trying a screen adaptation of the 1952 definitive noir novel by Jim Thompson almost since it hit the shelves.  Check out this list of historic names associated with various forms of the movie that never quite happened:

Just reading that list makes me want to read the book let me tell you, that is incredible.  In 1976 the story finally made it to film with Stacey Keach playing the lead role as Texas Sheriff Lou Ford.  What we finally ended up with for the current release is Director – Michael Winterbottom (A Mighty Heart), Casey Affleck, Kate Hudson, and Jessica Alba.  Lets check out the official trailer as promised:

Kind of looks like No Country for Old Men meets Red Rock West (two favorites of mine) but not as good.  In a highly favorable review, Todd Brown with twitchfilm.net writes after viewing the film at Sundance:

Affleck puts in a stunning performance as the deranged killer. The story is told faithfully from his point of view and we feel the same shock that he does when information is revealed. Likewise, we relish in his cunning when he is able to talk his way out of another situation. This makes for a good deal of discomfort as Lou slips deeper into his illness and we want more and more to pull away. But Winterbottom keeps us right there until the end. You are going to need a stiff drink when this one is over.

The Killer Inside Me is certainly going to be on my summer must watch list.  As a plus-bonus here is a clip from the original 1976 version of the film:

Intensity in ten cities right there. The Killer Inside Me is set for limited release on June 18th.

How 12 inmates used a condiment to escape an Alabama jail