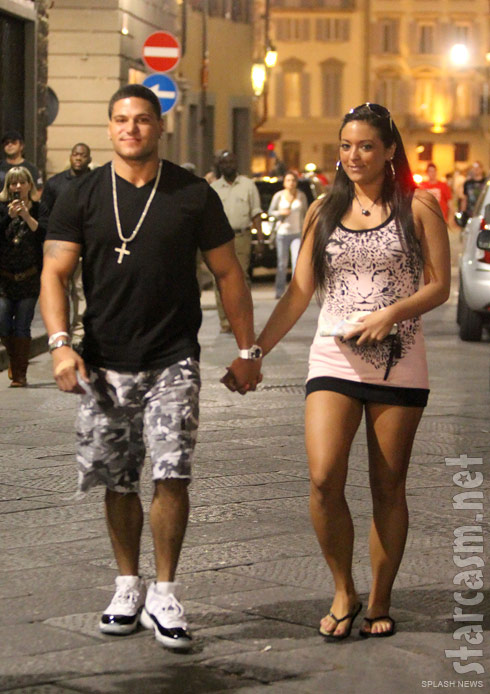 I enjoyed a drunken Ronnie cheating on Sammi by making out with two girls at the same time just as much as the next guy. And who could forget the hilarious discussions between Snooki, JWoww and Angelina about the anonymous letter to Sammi letting her know about Ronnie’s (rather blatant) cheating ways?

All of that being said, I really don’t want to see the “Sammi and Ronnie get back together” narrative play out again. Why don’t they revisit the “Ronnie punches some dude in the face” concept instead? Ronnie in an Italian prison would have to make for some seriously entertaining television!

Then again, I suppose my desire to be entertained shouldn’t get in the way of two people finding true love, right? Ah forget that – someone needs to go start the “Ronnie and Sammi should never get back together” Facebook page so maybe the 4.7 billion likes will cause MTV to edit out that entire storyline.

Here’s another photo of the lovely combustible couple being a bit intimate in what I am sure is some sort of historically significant locale: 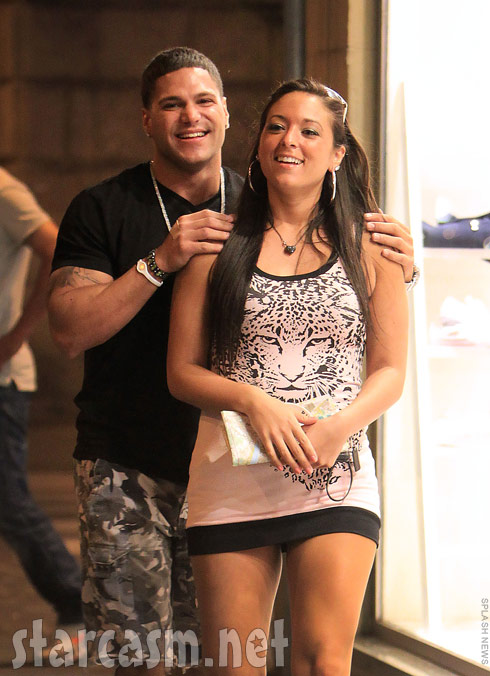 (Before you jump all over me for being a bad guy let me say that I think Dr. Drew – and any other licensed relationship counselor – would agree that Ronnie and Sammi should NOT be together. And I think any licensed reality television blogger would agree that no one wants to see these two get back together and break up again!)

I want you to pay particularly close attention to this next photo and see if you can see the warning signs about Ronnie that Sammi is obviously blind to: 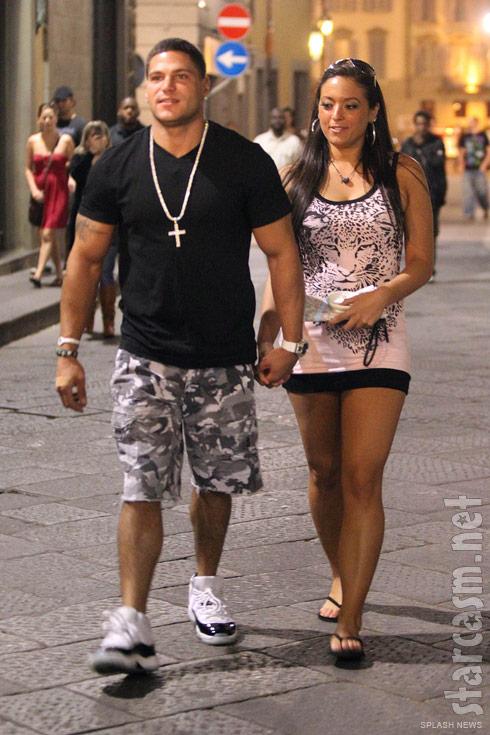 Still can’t see them? Let me zoom in a bit: 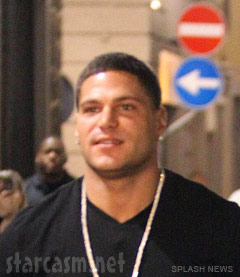 See Sammi? Even the city of Florence knows Ronnie is bad news! A relationship with Ronnie is a one-way street to heartache and going down that road is obviously the Wrong Way!