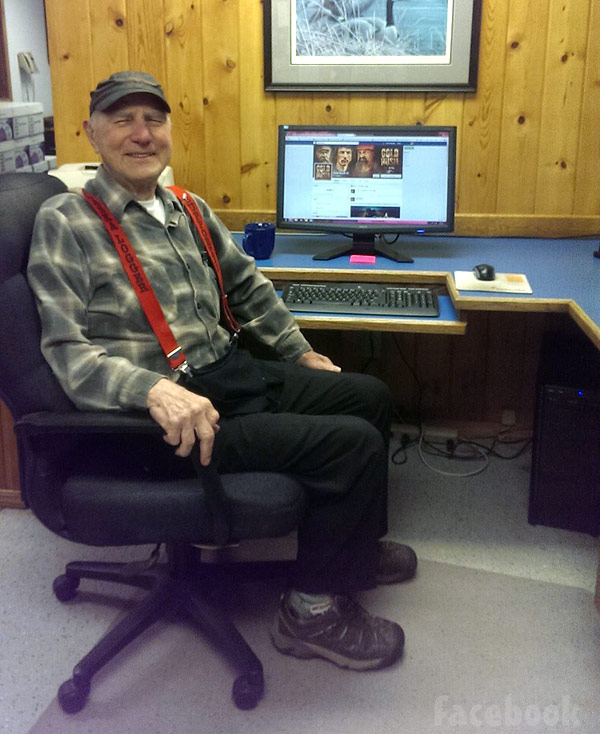 Tonight’s episode of Gold Rush is dedicated to fan favorite 94-year-old grandpatriarch John Schnabel, and in honor of the event, Discovery managed the seemingly impossible task of getting Grandpa John on Facebook to answer questions from his millions of fans! The result was just as you would expect — informative, heart-warming, and often hilarious.

“I think it’s a wonderful day for me to be here just a few months away from 95 and having a wonderful time yet,” John said with his always-on-the-sunny-side attitude prior to answering questions.

In case you missed it, Parker recently revealed that his grandpa is completely cancer free, and John further talks about his health during the Q&A. I’ll start off with some general questions, then I will loosely group them together thematically. The questions are in bold. (You can read the entire session HERE.)

How do you like the Internet?
This is my first time, I’m lucky to have some help today.

It looks like you are doing pretty well Mr. Schnabel
I’m not doing my own typing, that makes it go much quicker.

What you think of Todd Hoffman?
I think he has a great deal of ability in certain fields that have enabled him to be successful.

I thought he was dead?
Nope, still here.

Me and the wife are wondering if you’re Going to mine your claim again and if so who will do it for you?
Well I spent yesterday filling out permit applications, so if my health allows I will be up there. I will have Gary and Gary with me. 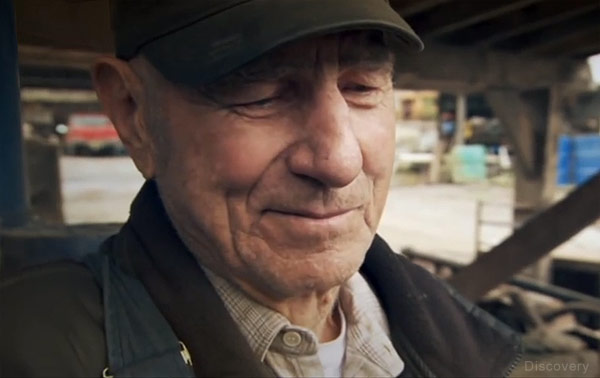 How is your health now? You feeling ok?
My health is 100% better than a year ago. I think I’ll be around at least a few more days.

How are you doing, cancer free?
Sure am!

How do you stay so healthy and fit looking.
Hahaha, I think young. I eat well and exercise daily.

What will you be doing on your 95th birthday?
I’m going to have a party! I’m inviting my good friends, people I respect, and hopefully my grandsons will be there to emcee the event.

John, have you ever considered retiring?
Well my physical health at times gives me little choice, I’ve never thought of it, but my body dictates something else

Are you still mining at the gold nugget mine.
Yes. 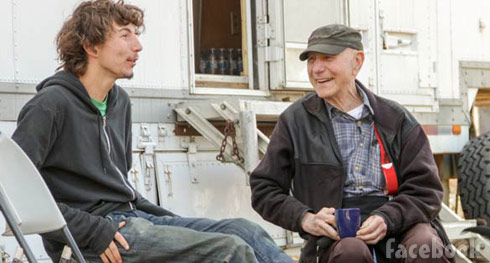 ON PARKER AND FAMILY

Do you have German ancestors? Because of the name Schnabel…
My father came from Germany and my mother was Dutch.

Can you get Parker to quit cussing?
I’m afraid Parker is beyond my ability to do something like that, but it will come naturally to him. He will learn.

What has been your biggest challenge mentoring Parker?
I think the biggest was trying to get him to understand that to be in charge has a responsibility and that you’re not the boss, you’re the leader, and I think his crew will teach him that.

How many grandkids do you have?
2, Payson and Parker. 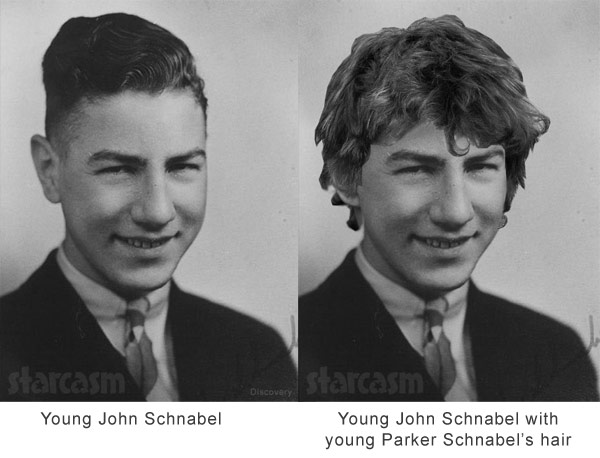 What do you think about Parker looking just like you?
Truthfully, pleased. I see myself in my kids and grandkids, I love it. I’m pleased

How do you feel about the way Tony Beets has been handling Parkers ground? Should Tony have given him better land this season?
I think Tony has been very helpful in some ways, mostly getting established, that’s all I will say

Do you miss working at the gold site with your grandson?
No, because the future of the ground there is limited and therefore attract anyone for the future, he did the right thing, but I do miss the time we spent up there together, but that goes without saying.

Is it difficult to watch Parker working on his claims and not want to get involved??
No, I love to watch him, but to be involved would be something I have no desire to experience.

John, where did Parker get his name? Is it a family name?
No idea, I always teased Nancy and Roger that they must have spent a night in Parker and Payson Arizona, haha

What was Parker like as a child?
Parker was very loveable and pleasant to be around as a youngster.

What is your biggest hope for Parker in life?
That he will be able to achieve what his goals are and that he will share his success with others around him

John, what your favorite equipment .. talking about heavy machines.. Volvo is the best for it maybe?
When I was working Volvo wasn’t even around, used mostly Cat, Parker uses a lot of Volvo and has been successful with it.

How do you know where to dig for gold?
I just figure it has to be somewhere so I dig everywhere. 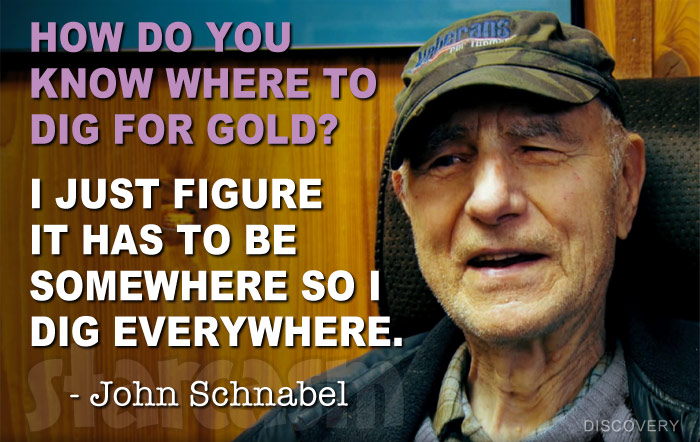 whats the biggest gold nugget you have ever found Mr. Schnabel?
3.25 ozs

Whats your biggest find in 1 day of mining?
46 oz in one day

What is the total life time amount of gold you have found?
I don’t want to say, the IRS might be listening, hahaha!

What was the price of gold when you first started mining?
about $200/oz

What advice would u give to first time miners?
Don’t be discouraged on the first clean ups

Is there still lots of opportunity like you found in AK?
Not as easily as when I started out, Alaska was a territory and there were no real rules or regulations back then.

ON HIS LIFE STORY

What made you purchase Big Nugget all those years ago?
It was a summer get away for my family.

What gave you the love for gold mining?
Well I really began mining to stay active in retirement and never looked upon it as a source of wealth, I just looked at it as something to keep me active and that was it’s reward.

How old where you when you started gold mining?
I bought the mine when I was 40 as a fun thing to do with my 5 kids, never became active running it until 1985.

What was the first ever cut you mined at big nugget mine?
I started at the flat ground near the road/River, I never went up the canyon until several years later.

How long were you married?
I’ve been married 64 years, last August. 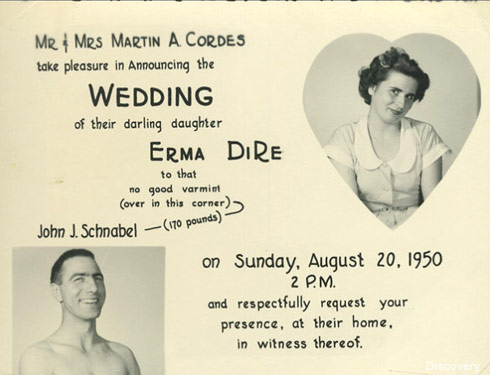 John, You’ve lead such an adventurous life, what has been your favorite point in your life to date?
I guess it was the day I fell in love 64 years ago 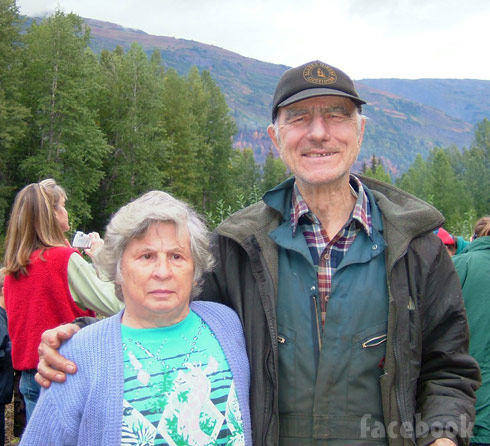 What was it like being a kid during the Great Depression?
It was the most challenging thing each day just to figure out what you were going to eat and what you could accomplish. Survival was the motivation.

Besides Alaska, where has been your favorite place you’ve ever traveled to?
Extremely fond memories of Kaanapali Beach in Kauai, the most interesting was Australia. Never been to Europe, Africa or S. America.

Are you a Christian?
From the bottom of my heart, body and soul

How did you lose your finger?
Foolishly, I was adjusting a saw at my sawmill , the wrench slipped and off went the finger

What did you get for Christmas when you were 8?
Dinner.

Mr. Schnabel, what was your very first job and what did it teach you?
My first paying job was my paper route when I was 12, I made my first money and I bought a loaf of bread and a block of cheese for my family.

Did you ever go to Moses Lake when you lived in Washington?
Yes, I attended Gonzaga University

Why didn’t your son get involved in gold mining?
Roger was already established in road building by the time I took up gold mining. Payson and Parker are the ones that grew up with it.

Is that real gold in your teeth?
I hope so, they cost enough

Do you get recognized a lot from fans?
All the time, in the airport, the hospital, no matter where I go. At first I ignored it, but now I feel if it makes people happy to see me I’m ok with it.

Do you ever stop smiling??? My family LOVES seeing you on the show!!!
No, it’s part of my make up

Do people just give you random hugs?
Yes, I get that a lot. 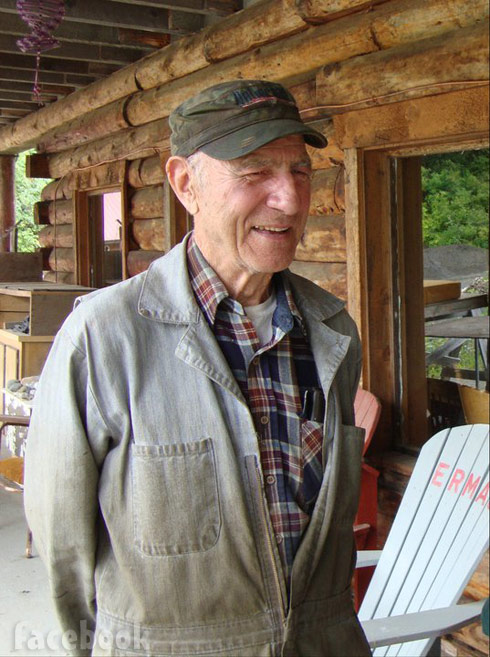 What’s one thing you learned in life that everyone should know?
Be kind to others

What is your secret to a long life?
I think the best way is to avoid controversy and I think to develop good habits for your health, have good family supporting each other.

What’s the secret to a happy life Mr. Schnabel?
Be appreciative of what you have and don’t think about what you don’t have.

“I am pleased that I was asked to participate in this discussion,” John said after taking questions, “and I hope that message to all of you is taken sincerely because I appreciate all of you and I wish you all very Merry Christmas. Thank you, hope you enjoy the show tonight, I’m looking forward to seeing it too.”

The new episode of Gold Rush dedicated to John Schnabel airs tonight at 8/7c on Discovery. And let me send a huge THANK YOU to Discovery for making this interview happen! Not only was it a wonderful way to allow fans to interact with John, but the result was thoroughly entertaining and enlightening for his admirers, myself included.

GOLD RUSH What are Guyana diamonds worth?