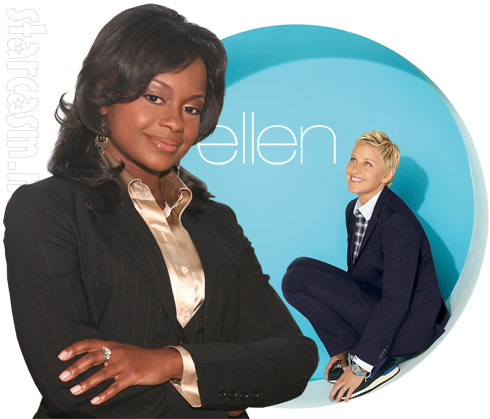 The Real Housewives of Atlanta‘s Phaedra Parks will break her silence about her husband Apollo Nida being sentenced to eight years in prison for felony fraud charges in an interview with Ellen DeGeneres on Tuesday, October 14 that is scheduled to air on Monday, October 15.

Phaedra’s rep, Steve Honig, tells us that Phaedra “will be very candid about what happened with Apollo, her life now and plans for the future.”

Phaedra hasn’t said anything specifically about the Ellen interview on Twitter, but she did reveal her excitement over her trip to the west coast:

Headed to California next week and December !! Where should I be? Email me at bookphaedra@gmail.com w/details.

It is unclear if Phaedra will discuss her current legal battle with author Angela Stanton over allegations that Phaedra was involved with the fraudulent activities that landed Apollo and Angela in prison a decade ago.

The Phaedra Parks Ellen interview will air just nine days after The Real Housewives of New Jersey‘s Teresa Giudice and husband Joe Giudice’s Watch What Happens: Live interview with Andy Cohen in which they will discuss their fraud convictions and prison sentences (Teresa will serve 15 months, Joe 41 months) for the first time.

VIDEO Apollo Nida behind bars after being tardy for prison party