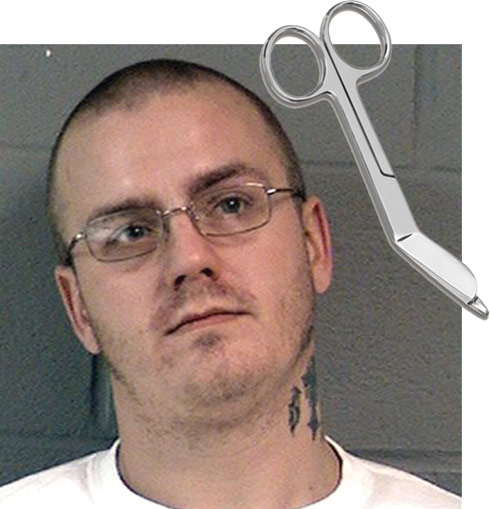 Jessie Lee Herald has seven kids with 6 different women. He’s also a convicted felon and after his latest arrest the Commonwealth of Virginia decided it would be in their best interest if the guy was given a vasectomy.

The 27-year-old was up on charges of child endangerment, hit-and-run and driving with a suspended license after a car crash in which he tried to flee on foot with a 3-year-old boy. Herald reached a plea deal with prosecutors that includes a required 4 years in state prison followed by 5 years of probation along with the agreement that within a year of being released he has to get a vasectomy.

Documents of the deal obtained by The Smoking Gun indicate that Jessie Lee, “shall not have a ‘reversal’ during the pendency of his probation.” The agreement also noted the oddity of the deal that was cut (see what I did there) in that it, “is not a usual term of probation,” and that the judge, “would not impose this condition without the defendant’s consent.”

Prosecutor Ilona White told NVDaily, “It’s a condition of his probation, and I’m sure he’ll have to provide documentation to his probation officer.” She added, “It was primarily due to the fact he had seven or eight children, all by different women, and we felt it might be in the commonwealth’s interest for that to be part of the plea agreement.”

The young boy that he fled on foot with was returned to his residence after the crash by Herald. Authorities found him there and he was subsequently treated for minor injuries at an area hospital.

1. Will the taxpayers of Virginia be paying for the procedure or will Herald be footing the bill?

2. If this vasectomy is in the best interest of the state why would Herald be given a year to possibly make more babies before having to comply?

3. Is there a law on the books that prevents this procedure from happening while in custody?