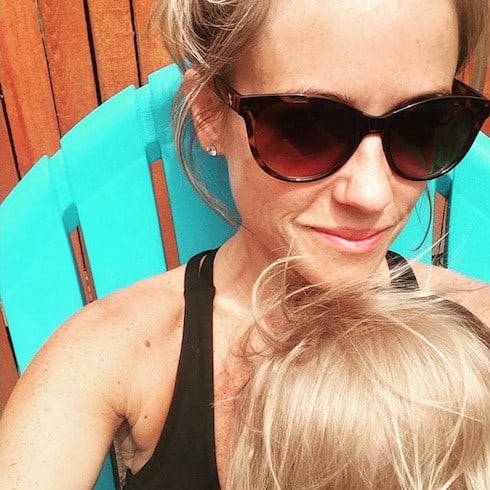 2016 was an extraordinarily trying year for Nicole Curtis. The Rehab Addict star was involved in a lengthy and unpleasant custody battle with the father of her youngest child, one result of which was that Nicole Curtis’ son Harper was exposed to the public for the first time despite his mother’s fierce guarding of his privacy since Harper’s birth in May of 2015.

A feud between Nicole and her mother also went public. Nicole’s 91-year-old grandmother passed away last spring. And, if all that weren’t enough, the city of Minneapolis sued Nicole over a long-standing construction dispute. Unfortunately for admirers of Nicole’s work, the biggest casualty of such a tumultuous year was the show that made Nicole a household name among DIY fanatics. Rehab Addict, the show that she managed to film throughout her secret pregnancy, had to go on hiatus–and Nicole came close to ending the show altogether.

But the last few months have been a font of good news. Better Than New, Nicole’s frank memoir, was a huge hit, as was Nicole’s book tour in support of it. Plus, earlier this year, in the middle of a joint radio and Facebook Live interview now infamous for the moment that Nicole nursed Harper (“In public or at home–it’s all the same” was her response), she announced that filming for Rehab Addict Season 8 was scheduled to begin! 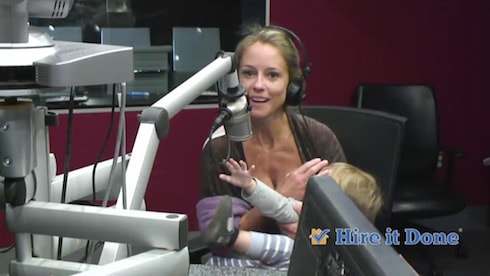 Nicole recently addressed her difficult year and her “comeback” in an interview with House Beautiful. It’s clear that Nicole’s family dynamic, punctuated by the loss of her grandmother, is an open wound: “Our situation is absolutely horrifying and heartbreaking,” Nicole said, of her estrangement from her parents.

And raising a 22-month-old on her own (assistance from Nicole’s 19-year-old son Ethan notwithstanding) is, to say the least, a challenge. “I would give anything to have a husband that loved me and supported me and, you know, took the kids out for pizza while I designed,” Nicole added. “But I just have never had that….My life is absolutely not perfect.”

But her relationships with the people closest to her are what get Nicole through. “The most important thing for me,” Nicole says, “is to be strong for my children and my grandfather. Every day he asks, ‘Why am I still here?!’ I [say], ‘You know what, I think because God was not going to take you [and Grandma] from me at the same time.’ C’mon, Gramps!”

In fact, Nicole revealed that she’s working on a special project with her grandfather: a way for the two of them to communicate from the afterlife. Nicole explained the serious, yet lighthearted arrangement: “I said, listen, you’re not allowed to die on me until we have signal down, okay? And he’s like, alright, that’s a deal.”

For the occasional Rehab Addict Season 8 update, plus news on all things Nicole Curtis, you can follow Nicole on Instagram here, on Twitter here, and on Facebook here. The new season of Rehab Addict is expected to begin airing this fall on DIY.