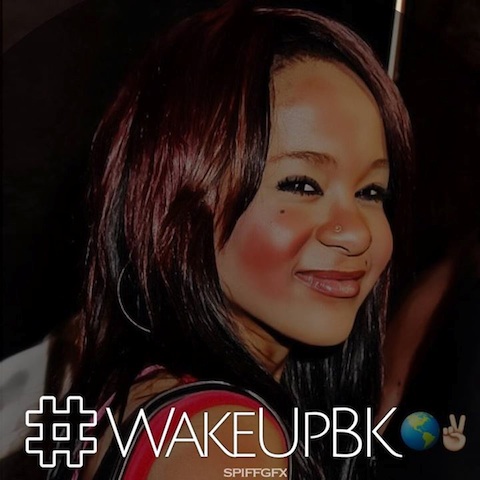 While Bobbi Kristina’s health remains uncertain, the drama unfolding over her hospital bed continues to intensify. New reports from Atlanta indicate that the feud between Bobby and Jerod Brown is only getting worse, with each family member accusing the other of exploiting Bobbi for personal gain. This week, Jerod tweeted out his frustration with the rest of the family, saying “Where was y’all when them (expletive) Houstons put cameras all in her face three months after her mother was in the ground.” He ended the update with the hashtag #MilkinHer.

This follows Bobby’s request that all media and observers disregard anything Jerod has to say. Bobby’s lawyers referred to Jerod as a “side show” and Bobby himself issued a statement calling everything the former Brown said “false.”

At the same time, however, the Daily Mail is reporting that Bobby’s concern has become financial: namely, he is worried about what would happen to Bobbi Kristina’s $20,000,000 trust fund, should she die. According to what the publication refers to as an “insider,” Bobby is “determined to figure out the legal issues with the money….He’s fighting with the Houstons” about it, and the situation has now become Browns versus Houstons in the hospital. A different source told Us Weekly that “As the situation gets more grave, I think people are feeling the pressure. Money is a big point of contention….The family doesn’t want to see Bobby benefit.”

Complicating matters is the ambiguity surrounding a possible marriage between Kristina and boyfriend Nick Gordon; it has yet to be determined if the two were ever legally wed.

And the newest report of all suggests possible drug-related ties between Bobbi Kristina and longtime friend Chelsea Bennett. Bennett, an Atlantan, died last March at the age of 20 after being injected with an overdose of heroin. Bennett had several friends who were key figures in Atlanta’s drug underworld, and, according to Radar Online, her death affected Kristina more than most people knew. Said one anonymous friend, “Whether heroin or crack—or other drugs—played a role in what happened to her will be determined. But I know how bad off she was in the months before [her current coma] happened.”

There have been no new updates on Bobbi Kristina’s health since a report this past weekend that the 21-year-old’s organs were shutting down and that she is near death.