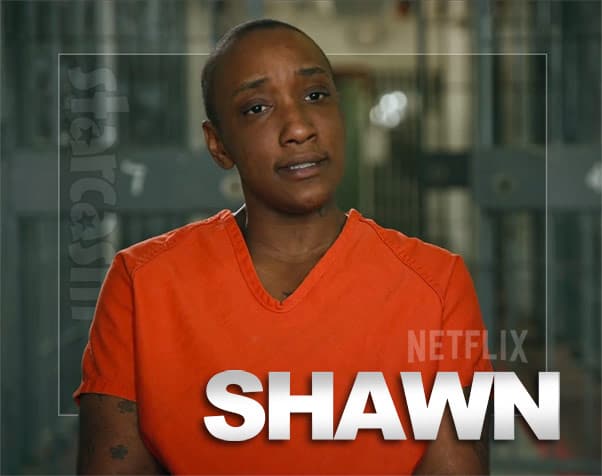 On the Netflix prison docu-series Jailbirds, the second inmate viewers meet is Gaylon “Shawn” Beason. Shawn is serving 90 days for resisting arrest and a probation violation when the cameras begin rolling, but she is informed during the first episode that she is being released. Unfortunately for Shawn, it was all just a cruel tease as her parole officer decided to place a hold on her. Shawn would eventually get her release, however, and she was reunited with her wife Christine.

So, how did things go for Shawn once the cameras stopped rolling? Not well.

Let me first start off by clarifying one small discrepancy between information available online and what we saw on Jailbirds. On the show, Shawn’s bio says she is 36, but all of the online records indicate that she is currently 34.

According to the show and Shawn, she was incarcerated for resisting arrest and a parole violation. She mentions in a conversation with other inmates that she went to court for her most recent arrest on June 1, and that she has been in jail for “almost 90 days.”

That seems to line up with records that indicate Shawn was arrested for a parole violation on March 22, which would have been from her November 2017 arrest for resisting arrest. 90 Days after that would have been June.

But, records indicate Shawn was charged with battery on a spouse/cohabitant/former spouse and abuse with intent to injure on June 12. I’m not sure how the battery and abuse charges fit in as far as the Jailbirds filming timeline goes. Was that after she was released? Could it be that Shawn was denied being let out initially because the charge was added?

Regardless, it does appear that Shawn wound up back behind bars. Her wife Christine posted a series of photos on Facebook on January 13 and wrote: “On way to see my wife. Coming home in 6 days!! Can’t wait!!!”

On January 29, Christine shared a post about the importance of cuddling and tagged Shawn, so things seemed to be going well between the two. However, two days later, Christine shared an infographic titled “Top 12 Signs It’s Time To Move On From A Relationship.”

On February 5, Christine tagged Shawn and simply wrote “I love u.” That’s the last mention of Shawn by Christine, and on April 28 she updated her status to “In a relationship” — apparently with someone else.

Shawn commented: “So hate him.”

It wouldn’t be long before Christine joined Shawn with that sentiment. Here’s her messages for her new man (yes, it’s a man) from May 13:

U r f**king lame as wh*re who thinks he godd gift to woman. Yea right. You treat womam like sh*t you have no job no money you put woman down and u have community d*ck

You clothes will be in the dumpster

It seems that Shawn decided to leave Sacramento when she and her wife Christine split, because she was arrested for shoplifting near San Diego at the beginning of May.

California can be a real pain when it comes to accessing records, so all I was able to find is a record of Shawn’s arrest in El Cajon and an open case for her in San Diego County Superior Court. I could find no indication that she is currently in jail, but I don’t have any confidence in stating that as fact.

Unlike her most recent arrest, there was specific information available about Shawn’s very first arrest — which she talked about on the show. Here is how Shawn described it to the Netflix cameras:

It started off when I was young. My first robbery — it was kind of funny, because we were watching — I was at the movies, and I was with my ex-girlfriend. We were watching one of those shoot ’em up bang-bang movies.

We were carrying knives. And I kind of just hinted around like, “Hey, we should rob these girls behind us.”

And I’ll never forget, she asked one of the girls, “Can I have some change?” And the girl was like, “Yeah, sure. How much you need?”

She was like, “Matter of fact, can I have your whole purse?”

So, we pulled out the knives and we took their purse, and it was the most pointless thing that I’ve ever done. We didn’t get no money from it. And it kind of started a chain of events that just spiraled out of control. 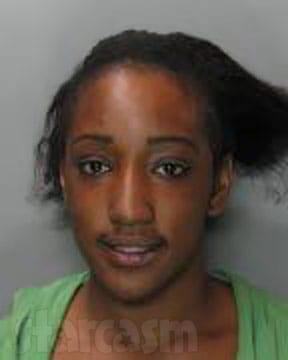 And here is the Sacramento Police Department news release about the arrest in March of 2009, which included Shawn’s mug shot (above) as well as her girlfriend Angie’s (below): 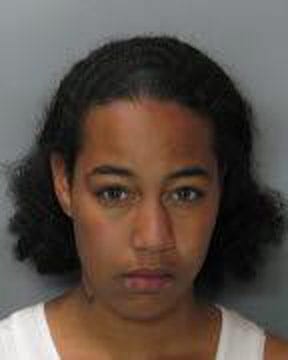 On March 11, 2009, two females were watching a movie at a downtown theater. At the conclusion of the movie, two female suspects approached the victims and robbed them at knife point inside the theater. The suspects took cash and a video camera from the victims.

On March 14, 2009, Gaylon Beason and Angie Patton were arrested for an un-related robbery near 46th St and Q Street. This was a robbery in which they used force to take two cell phones from the victims.

OK, that’s pretty much all we have for you on Shawn! If you’re curious to know about some of her Jailbirds co-stars, here are a couple of our previous updates on Yasmin Sundermeyer and Megan “Monster” Hawkins:

19-year-old @Netflix #Jailbirds star Yasmin broke down in tears when she realized she couldn’t post her $100,000 bail in the 1st episode. UPDATE: She has since been charged with trying to escape and now her bail is $1.2 million. ??‍♀️ https://t.co/XERbpLWSYc

Megan “Monster” Hawkins from the @netflix prison reality series #Jailbirds was allegedly trying to open a bank account with someone else’s ID, but someone recognized her from the show and called police. It only got worse for Megan from there. https://t.co/GP93ppNNra