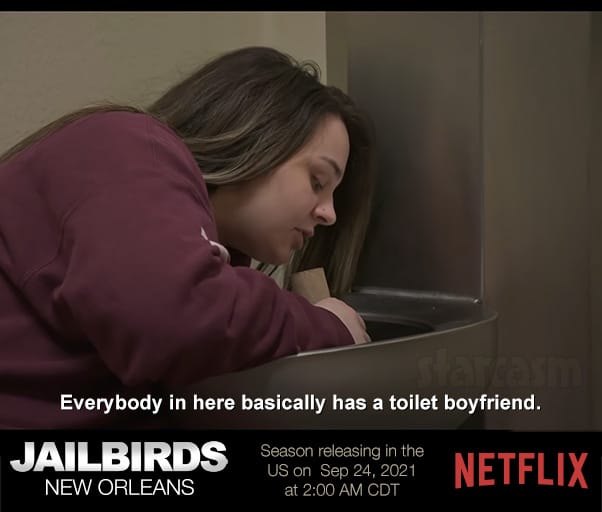 Netflix had a breakout hit with their 2019 docu-series Jailbirds, a real-life, behind-the-scenes take on Orange Is The New Black filmed in the Sacramento County Jail. Show producers left the west coast behind and headed to The Big Easy for the second season of the show, and this week Netflix released the very first preview trailer for Jailbirds New Orleans!

Judging from the preview trailer, it looks like more of what made the first season such a big success. Cameras focus on incarcerated women and attempt to capture the camaraderie and drama between inmates as they hope to pivot away from the lifestyles that landed them behind bars. The new season even incorporates the most talked about aspect of Season One: toilet communications between male and female inmates!

I must confess that flushing to hang up on someone sounds pretty awesome! But, of course, the most memorable (and meme-able) quote from the trailer is surely: 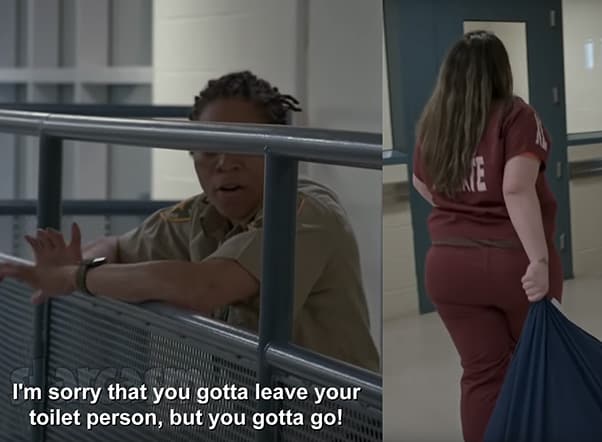 Jailbirds New Orleans will be available on Netflix in the United States on September 24th at 2:00 AM CDT. The streaming service didn’t issue a press release along with the trailer, so all we have is this very brief description:

Feuds, flirtations and toilet talk go down among the incarcerated women at the Orleans Justice Center in New Orleans on this gritty reality series.

Want to chat about the new season? Join the conversation over on Instagram: