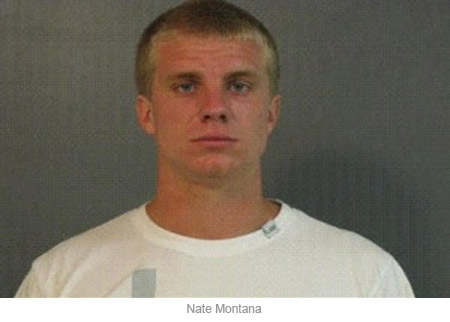 43 people were arrested in South Bend Friday night after police broke up a party on Washington Street and determined a number of those drinking were under the legal drinking age. Among those arrested and booked in the St. joseph County jail overnight were eight Notre Dame football players, including quarterback Nate Montana, son of NFL Hall of Famer (and Notre Dame alum) Joe Montana!

The much-maligned Fighting Irish football program wasn’t the only team to donate men to the prison as senior forward Tim Abromaitis and incoming freshman Eric Atkins of the basketball team were also tossed in the pokey. Oh, and freshman hockey player Steven Summerhays was busted too. 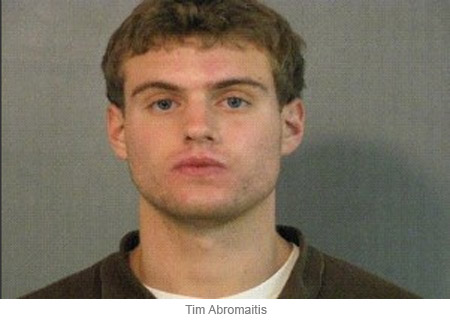 WNDU reports that South Bend Police responded to a complaint and later had to call in the Indiana State Excise Police when they realized a number of the partiers were under 21. There is no official word if all 43 arrests were for underage drinking.

In a statement, Notre Dame Head Football Coach Brian Kelly had this to say about the arrests:

“I am aware of the situation and am collecting more facts. If there is any team-related discipline to be issued it would be handled internally.”

If the knee-jerk firing of WNDU reporter Erin Logan is any indication of how severely those in South Bend punish incidents of drunkenness, then these boys better start packing now! Personally, I say let ’em off with a slap on the wrist – they’re only Irish after all.

(CLICK HERE for a mug shot gallery that includes seven of the eight football players arrested and two of the basketball players.)