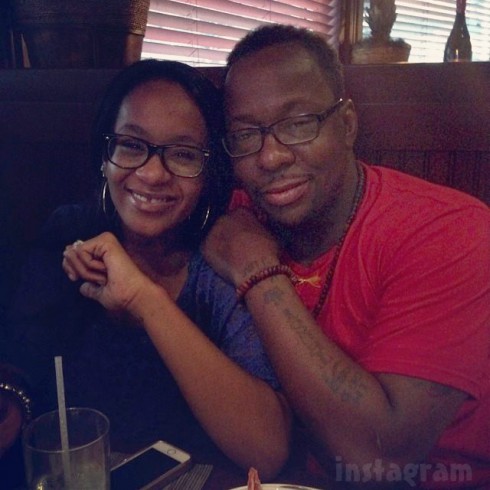 Bobbi Kristina has been under some form of intensive care since she was admitted to the hospital on January 31st, following her bathtub incident. While she has since been moved from Emory University hospital to an undisclosed rehabilitation facility in DeKalb County GA, Bobbi Kristina still requires a bevy of medical technology, along with a variable number of medical experts, to continue her care. Recently, The Wrap conducted an investigation into the cost of such medical care–and the results are startling.

According to Paul Hughes-Cromwick, senior economist at the Center for Sustainable Health Spending, it’s difficult to know exactly how much of the cost of Bobbi Kristina’s hospital stay is costing the Browns and Houstons, and how much of the cost is being borne by health insurance providers. Still: a hospital’s base cost of $1,000 to $2,000 per day is most likely much higher for Bobbi Kristina, who requires more than a base level of care. Hughes-Cromwick says that the ventilator Bobbi Kristina was on until at least late February would have cost between $6,700 and $10,800 for the first day alone, though that particular cost declines over time.

Based on those costs, the economist estimates a 60-day stay likely ran the family between $60,000 and $120,000. And he points out another reason it’s difficult to say how much of the cost was borne by insurance: “It could be the case where they have to pay full charges just because they’re famous and they’re supposed to have a lot of money,” Hughes-Cromwick said,  “and maybe they don’t have an insurance plan that has done this kind of negotiating with the provider.”

Bobbi Kristina was moved out of the hospital and into a rehabilitation facility approximately eleven weeks ago. Those costs are clearer, and approximately as high: about $2,000 per day, every day, or around $165,000 for Bobbi Kristina’s stay so far.

If Bobbi Kristina does continue to require around-the-clock care once she’s moved back into her Roswell GA townhome–and no deadline has yet been set for that move–the cost will actually escalate. Nurses, respiratory technicians, tracheotomy tube managers, and other professionals would “easily” push the cost past “$200,000 or $250,000 a year.” That number would further increase, Hughes-Cromwick pointed out, depending on whether the family wanted to bring physical therapists in, too.

The economist further cautioned that the family should not expect any special treatment because of the tragic nature of Bobbi Kristina’s circumstances:

For somebody who’s famous or in conjunction with somebody who’s famous, they’re not going to get any bargains, you can believe that. Nobody is going to rush to provide bargain care to a celebrity or an heir of a celebrity; that’s just not the way it works….We as a country are a lot like the Titanic filled with people who are under this very incorrect impression that they’re going to live these healthy lives, and we’re all going to be doing yoga and running marathons until we’re 85, and then one day we’re going to drop dead. And that’s not what’s going to happen. We are totally unprepared as a nation for the reality of tens of millions of boomers getting to a point where their functioning has sharply deteriorated, and they very likely don’t have the insurance to cover that long-term care.