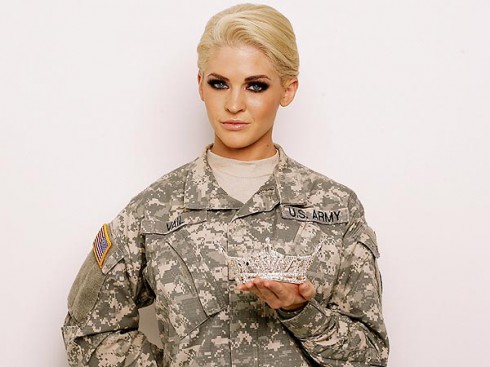 At first glance, Miss Kansas’ Theresa Vail looks like a typical beauty pageant contestant. She’s a gorgeous girl with long hair, bright blue eyes and a killer smile. Unlike the her fellow competitors, she also has two sizable tattoos.

By showing her tattoos — which will be visible during the swimsuit round of competition — Theresa hopes to make a point.

“1 in 5 Americans have at least 1 tattoo,” she wrote on her Miss Kansas Pageant blog last month. “If I were crowned Miss America, bearing my tattoos, do you realize the stereotypes and stigmas it would break? Do you realize it would pave a path for a whole new audience to compete in the Miss America Organization? As of right now, the stigma is girls with visible tattoos do not compete in pageants, and certainly do not win. I want to break that. I am a traditionalist, I am conservative and I am a God-fearing woman. Having tattoos does not negate any of those.”

Even though she doesn’t see a problem with tattoos, Theresa is adamant they should have some meaning to the individual. In her case, the insignia for the U.S. Army Dental Corps on her shoulder and the Serenity Prayer along her side both remind her of her goals and values.

Although her ink is getting a lot of attention, it is really just one small way that Theresa stands apart from the competition. The Kansas State college student also bears another significant title: Kansas Army National Guard’s Medical Detachment Sergeant.

“Nobody expects a soldier to be a beauty queen,” she told People, adding she wants to help empower women by showing them anything is possible.

That cause is near and dear to Theresa’s own heart. At just 10 years old, Theresa said she was bullied so much that she contemplated suicide. Her dad then introduced her to hunting, which saved her life. 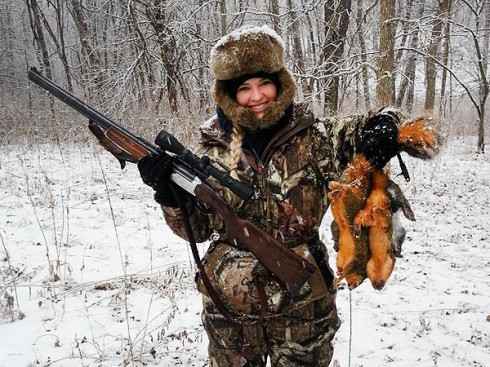 “Ever since then, I’ve been an outdoors girl… My passion is empowering girls through male-dominated outdoor sports,” she said. “I want to help them develop confidence, to let them know that they have what it takes to accomplish anything they want to accomplish. I know many young girls look at beauty candidates and think, ‘What a perfect life they have.’ But I want them to know that I haven’t led a perfect life. And that beauty comes from the inside.”

Another fun fact about Theresa: She intended to do archery as her Miss Kansas competition talent, but learned two days ahead of time that “projectile objects” were forbidden. In a pinch, she decided to try her hand at opera and ended up placing second in the talent round.

Theresa and the other Miss America contestants began the preliminary round of competition in Atlantic City today. The new Miss America will be crowned live on ABC this Sunday night.

65-year-old mother of 13 pregnant with quads