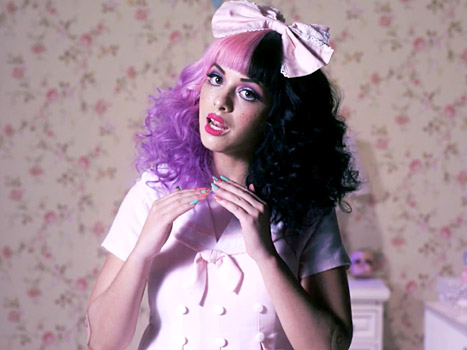 Melanie Martinez didn’t win The Voice a few seasons ago when she competed on Adam Levine’s team, but she had such a unique sound that she developed quite a following. Now she’s delivering her fans some music with her new single “Dollhouse” about a picture-perfect family with some issues.

She co-wrote the song with Kinetics & One Love, and released a music video with all the electro-glo gothic charm of some of Tim Burton’s visions. Melanie’s also keeping her Cruella DeVille inspired two-toned hair, but the light side has gone purple.