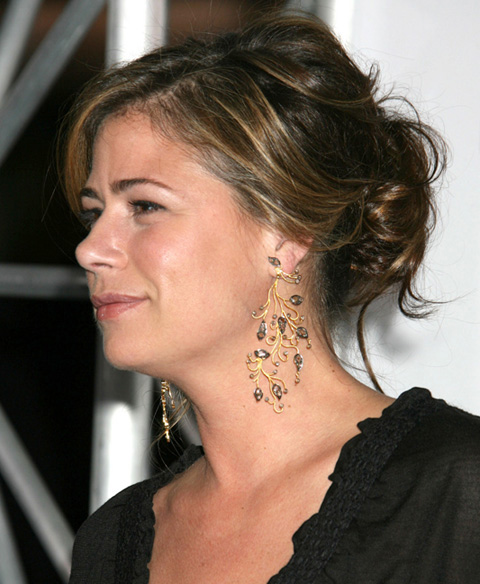 Last Friday NBC caused alarm when they announced they would be pushing back the production and premier of the new drama Parenthood eight weeks due to actress Maura Tierney’s bout of illness. At that time NBC did not disclose any details about Tierney’s health, stating that the show was being delayed due to a “medical evaluation” she was undergoing.

Monday, Tierney spoke out very breifly about her illness, telling Usmagazine.com: “In an effort to guard my privacy, it seems that the wording of NBC’s press release has unfortunately caused some confusion and undue alarm about my health. I have discovered a tumor in my breast which requires surgery.” She goes on to say that she is optimistic about her outcome and doctors assure her that her condition is treatable, though her diagnosis will be unknown until the surgery is performed.

Hopefully Maura will come out of the surgery with a clean bill of health, or at least have a swift and successful period of treatment and recovery. Before working on the Parenthood project, Tierney’s been on our televisions for 10 years straight as the sensible yet always a bit sad Dr Abby Lockhart on NBC’s ER. I remember back when Abby was a nurse, dating Dr. John Carter, and her crazy mom (played by Sally Field) would come into town and stress her out. I stopped watching after a few seasons, so I have no idea was happened after that, but Abby was definitely one of my favorite characters.

NBC’s Parenthood is a show based on the 1989 Ron Howard movie starring Steve Martin, Mary Steenburgen, Rick Moranis, Keanu Reeves, and even little Joaquin Phoenix (though he was going by “Leaf” Phoenix back then). I’m excited about this show because I enjoyed the movie. It was a comedy that brushed lightly yet accurately on the drudging disappointments and unexpected joys that all manner of “family” can create. I’ve also always had a bit of a crush on Steve Martin.

Parenthood was supposed to premier July 27, but is now slated for an unknown date in September.