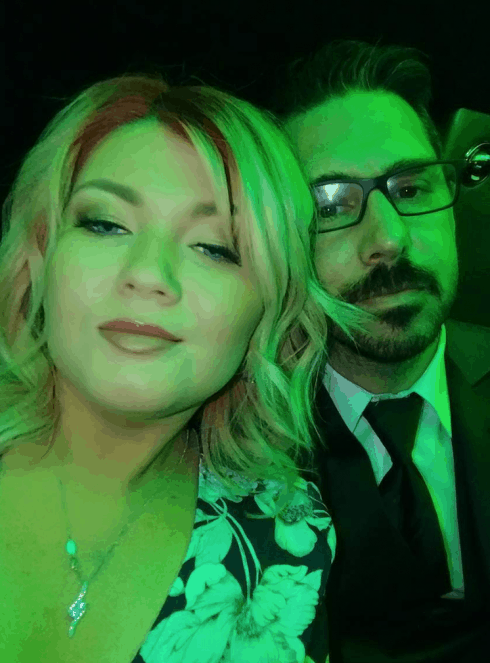 Amber Portwood and Matt Baier have spent the majority of their three-year relationship defending themselves against critics. Speculation about Matt’s past combined with skepticism over his motivation to marry someone 19 years his junior has caused a media firestorm against him.

As a result of the backlash they’ve faced, Matt announced he would be writing a book to, once and for all, set the record straight. Here’s a blurb from the publisher:

Deadbeat Dad. Con Artist. Liar. Manipulator. If you believe the tabloid press about Teen Mom OG star Amber Portwood’s fiancé Matt Baier, your opinions of him are most likely wrapped in scandalous rumors and gossip.

Forget everything you think you know about the tattooed, gravel-voiced reality TV star. In You Have No F**king Idea, Matt breaks his silence for the first time and sets the story straight by delving into his past, present and future—fully exposing the naked truth about his life—once and for all. 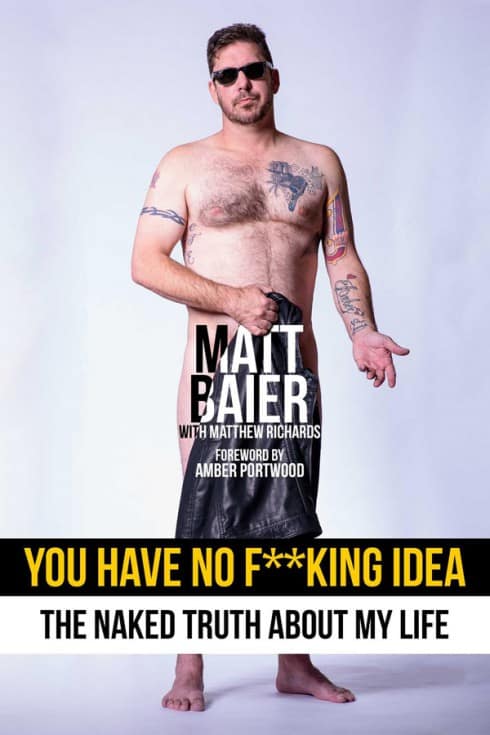 Thanks to The Dirty, we can share a sneak peek of the book.

The following is an excerpt from the beginning of You Have No F**king Idea: The Naked Truth About My Life in which Matt describes the media’s attack on him and his desire to fight back and explain his side of the story.

Hell, they still do. There was a story recently about my past drug use that referred to me as the ‘slimy, sleazy fiancé of Amber Portwood.’

The fact of the matter is that I have not done the majority of what’s been written about me. I have no criminal record. I barely have a background. The press has invented sins based on the word of people looking to get paid and be famous.

One of those very people texted Amber and I and said, ‘Pay me, or I’m going to keep selling stories to the press.’

Now, one might wonder how tabloids and gossip magazines and websites get away with printing salacious garbage. It’s not much of a secret, but it involves a few tricks. One is to use scare quotes in headlines such as ‘Teen Mom’ Star Matt Baier’s ‘Troubling’ Past—the words with single, scare-quotes around them mean nothing other than someone used the word at some point. Another trick is to use the word ‘allegedly’ before any accusation. Another is to simply say “a source said” and then accuse someone in the text. Another headline trick is to pretend you’re asking a question. These are all dirty little ruses to avoid lawsuits—which isn’t to say media outlets don’t get sued all the time.

A tabloid reporter went off-record with me one day. Someone amongst the many who had been ripping me up. I asked them, over the phone, ‘Why are you doing this to me?’

The answer was that people click on my name and it was simply a job for this particular reporter. It was business. Nothing personal. More clicks meant more money for that company and, maybe, that reporter.

So why do people click on those stories about me?

I think it’s because they can’t get over the age difference between Amber and I. It’s shocking to them. Some of it, I’m sure, has to do with the demographic of Teen Mom viewers, who are generally younger. They’re wonderful, but they don’t understand.

That’s another thing to point out. Amber and I have been in a relationship for three years. This isn’t some new thing where Amber learns secrets about my life via supermarket tabloids and gossip websites. Really, who do you think knows me more, the person I’ve spent twenty-four hours a day with for the last three years, or somebody I met in a bar fifteen years ago, and never even got their last name?

The people who now have stories to sell are the people who wanted to have nothing to do with me back in the day. Today, they claim they had hot and heavy crazy relationships with me. When all this was going on, and new stories were popping up daily, one of my exes—who I actually did have a relationship with, and you’ll meet her later—stepped up. She reached out to the press and told them she was with me during those times and none of this stuff was true. Know what the reporters did?

They hung up on her.

After reading this book, my only hope is that, for once, you won’t think you know, but rather, you actually will. Thank you in advance for giving me a chance to, once and for all, have my say and tell my side of things.

Let’s get started at the real beginning of my real story: World, meet Matt Baier.

Over the last couple of years, Matt and Amber have done major damage control to save the public’s perception of their relationship. Everything from lengthy social media posts to appearing on talk shows. 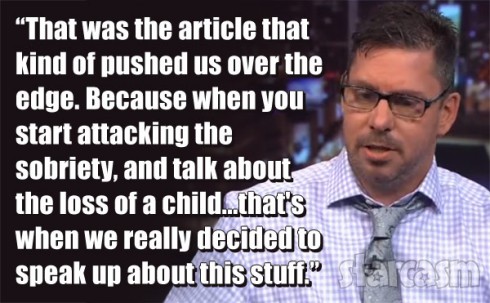 But some damage can’t be undone. Rumors about Matt’s children combined with reports of past run ins with the law and even nasty Twitter battles between castmates don’t bode well for a squeaky clean reputation.

The good news is, Matt isn’t claiming to be perfect. He admits he’s made plenty of mistakes over the years but is now focused on building a life with Amber.

Does Matt’s book excerpt help you understand his side of the story better?

Matt Baier’s ex-wife speaks out, to appear on Dr. Phil?